Guy Martin: "The bike is better than third" 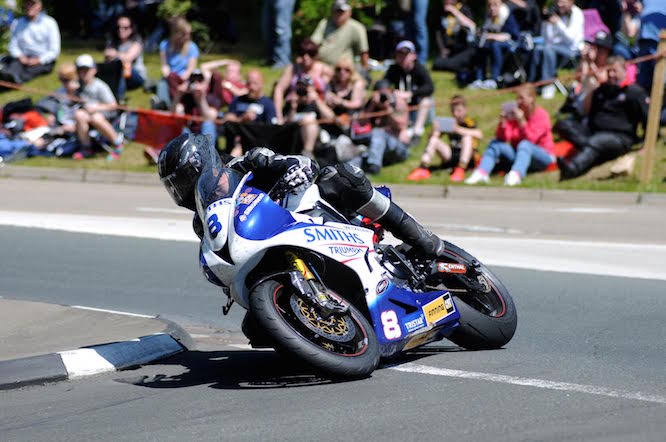 Guy Martin almost seemed disappointed with his podium in this afternoon’s Monster Energy Supersport race, stating the Smiths Triumph is better than the third place he achieved.

After a tough start to race week, with technical issues in both the superbike and superstock race and 30 second penalty for speeding in pitlane, Martin said he was pleased to be on the podium but that the team deserved more.

Martin slotted in to third on the first lap and maintained it across the 151 mile race to come home behind first and second placed Ian Hutchinson and Bruce Anstey.

“We’ve not had the best of weeks up to now, in the first 600 race we got done for speeding in pit lane and had 30 seconds added,” said Martin. “We’ve struggled with the Superstock a bit and broke down in the first superbike race but I’m not doom and gloom.

“Hutchy came past me and he’s riding so well, fair play to him. In the first race I stuck with him for about three laps but today I could only stick with him for half a lap until someone came between us and then he was off.”