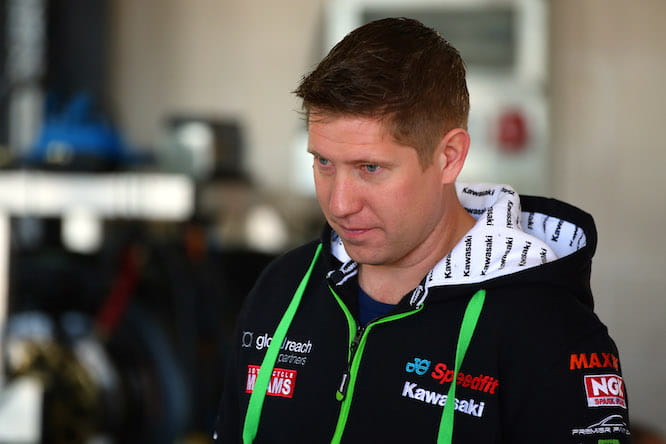 Gary Johnson has said he is sorted for a supersport ride at this year’s TT after being ditched in favour of Guy Martin by the Smiths’ Triumph team.

Johnson won the first supersport race for the Gloucester-based Smiths outfit at last year’s TT but couldn’t reach an agreement with them to continue the relationship for 2015, with the team instead signing TV personality Guy Martin.

However, Johnson, who will ride a factory-backed Kawasaki in the 1000cc races on the roads this year, says he’s now sorted a 600 ride and wants to show Smiths that they made the wrong call.

“I’m disappointed to lose a ride that I won on but it’s their choice who rides for them,” said Johnson speaking to Bike Social. “As far as I’m concerned I just wanted a package as good or better. I think that’s nearly signed and sealed, it just needs to be officially announced but as you know in this game things could happen to change that.

“I’m confident I’ve got a package that I can challenge for the win on. It’s a new chapter, that’s all it is and it’s my job to make sure that their [Smith’s] decision was wrong and the team that’s signed me made the right one.”

Johnson is currently out in Spain testing with his new GBmoto team, with whom he will receive factory-support for his 1000cc campaigns from Kawasaki. The Japanese manufacturer is taking it so seriously, their Racing Director, Ichioro Yoda is present at the tests to lend a hand. 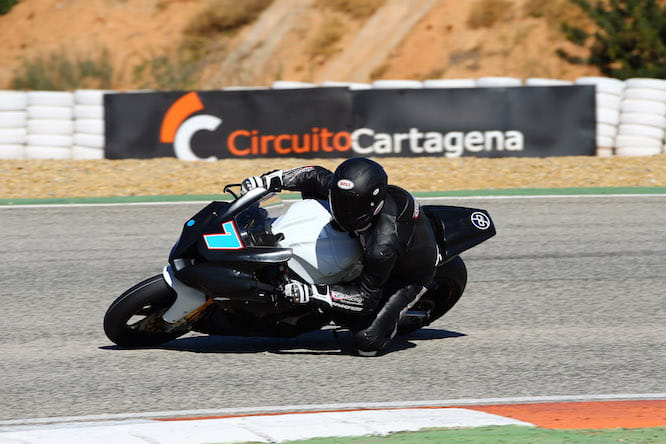 “The Kawasaki isn’t a new bike to us; I’ve done a couple of years on the superstock bike and had some success on it,” said Johnson. “I jumped on the superbike and straight away we were getting decent times! It’s already a better bike than I’ve set off down Bray Hill on a few times in my life and that’s after just a couple of days. We’ve got some help coming from Japan and it’s really nice to know the full team is behind us to improve the package.

“We’re learning, trying stuff, going backwards and forwards but it’s looking to be a nice, easy package to ride and that’s one of the main things for the Isle of Man – it’s comfy and it works alright so come the time you’re setting down off Bray Hill you are happy and it’s an easy bike to ride.

“It’s got to be the best package I’ve ever had. I’ve had some nice fairings on bike in the past but the back up was never there! I was never the number one rider in the team and it sometimes showed with what was going on but in this team I am at the forefront of everything on the roads side.”

After taking victory in the first supersport race last year, Johnson looked set to be on for his most successful year yet but a nasty crash while fighting for the lead in the superstock race ruled him out of action for the rest of that week. The shoulder injuries he sustained are still plaguing the Lincolnshireman in some respects but he reckons he’s 100% bike fit.

“I am fit now in terms of bike fitness, I maybe can’t do as many pull ups and press ups as I could but at the end of the day you don’t have to be world champion at that to be able to ride a bike,” he explained. “It’s not hindering me in anyway, I’m still going through a lot of fitness programs and getting fitter all the time. I’m trying to build up more strength in the shoulder but it’s not holding us back, the lap times are ok and it’s not fatiguing or anything so I can’t see it being an excuse come TT time! We’ve got a couple of months to really hammer down on the training so yeah, I’m fit as a fiddle!”