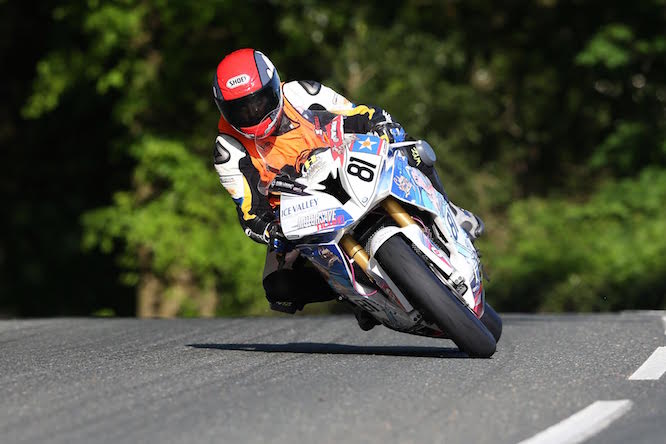 French rider Franck Petricola has died following an accident in this evening’s qualifying session at the Isle of Man TT.

The 32 year old newcomer fell from his BMW S1000RR in the first timed qualifying session in an incident at Sulby Crossroads.

A statement from the ACU read:

“ACU Events Ltd regrets to announce that French rider Franck Petricola, 32, from Pont a Mousson was killed following an accident at Sulby Crossroads at approximately 7.45pm during this evening’s qualifying session at the Isle of Man TT races.

Petricola was a regular competitor in the IRRC Championship and enjoyed his best season in 2013 with 11th overall in the Superbike category.  His best result, sixth, came at Chimay and he ended the year strongly with six successive top ten finishes and took a brace of thirds in the Lightweight Races at Horice and Terlicko.

He was due to make his TT debut in 2014 but was injured in the North West 200 meeting earlier in the month and was forced to withdraw from last year’s event.  He returned to full fitness and raced at Scarborough and the North West 200 where he finished 25th in the Superstock race and 21st in the Superbike Race.

The ACU wishes to pass on their deepest sympathy to Franck’s family and friends.

The Coroner of Inquests has been informed and an investigation into the circumstances of the accident is underway.”

All at Bike Social extend their deepest condolences to Petricola’s family and friends.