Foggy to ride at Classic TT

49-year ‘Foggy’ will ride a Honda RC30 in the 'Joey Dunlop Road Racing Legend - The Rivals' Parade Lap' and also a Ducati in the Classic TT Lap of Honour both of which take place during he Classic TT over the Bank Holiday weekend, 23rd - 25th August.

Foggy is no stranger to the 37.73 mile Mountain Course having competed in 26 TT races, winning three times and standing on the podium a further four times, he even held the outright lap record for seven years. His 123.61mph lap was set in 1992 when he finished runner-up to the late, great Steve Hislop, and stood until 1999. 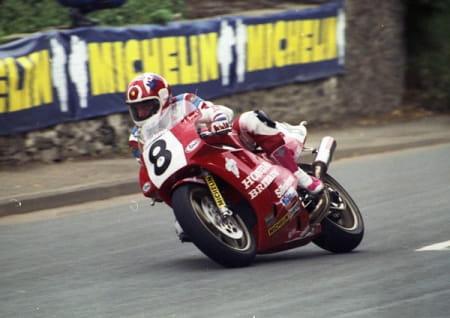 Speaking ahead of his return to the Island for the Classic TT, Foggy said:

"The Isle of Man holds a special place in my heart and I have said many times before that it was that part of my career which I look back on with the most happiness and pride. I can't wait to see the new Classic TT event for myself after hearing good things about last year's first event and I am particularly excited to be part of the tribute to Joey Dunlop. Joey was a special rider and someone I looked up to and wanted to beat in those early World Championship years."