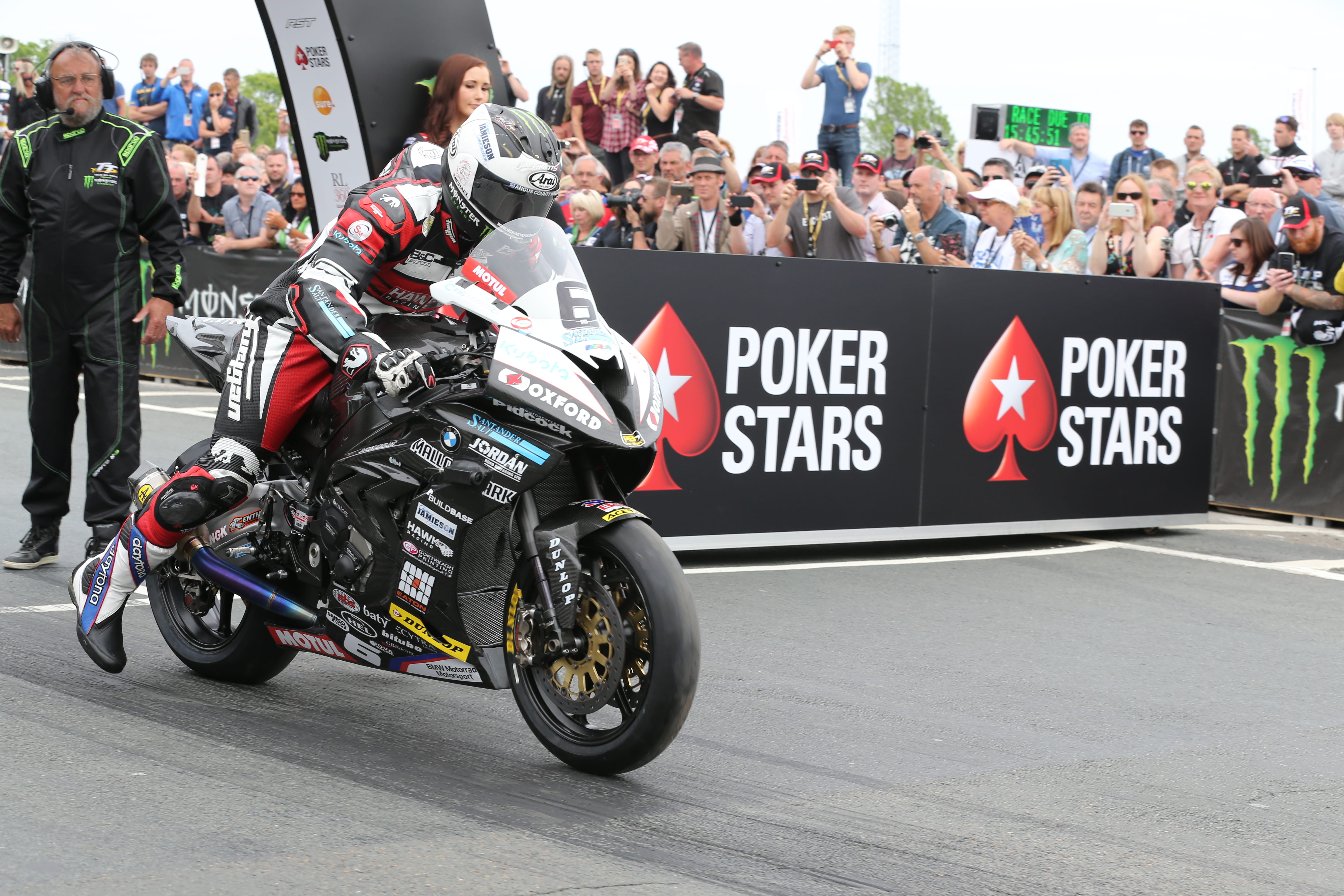 Michael Dunlop shattered his own outright lap record in Friday’s Pokerstars Senior TT as the Hawk Racing BMW rider lapped at 133.962mph on his way to his 13th TT victory. In a repeat of Saturday’s RST Superbike race, Dunlop got the better of Ian Hutchinson and John McGuinness with his eventual winning margin a commanding 31.4s.
“I was a bit disappointed after Wednesday’s Supersport race so I was keen to make amends today,” Dunlop said afterwards. “I never weakened though and kept going and to win the Senior again is pure class. That’s my 13th TT win now and maybe it should have been more but I can’t take my hat off to Stuart and Steven Hicken and the whole team enough. There was a massive crowd out there and massive respect to them for staying out there after the delays. It’s been a hard week but we came out fighting today and showed what we could do.”
With morning delays, the race got underway at 3.45pm and at Glen Helen on the first lap, it was Dunlop who led by a healthy 1.8s with Dean Harrison in third as Lee Johnston, Gary Johnson and Peter Hickman rounded out the top six.
After an opening lap speed of 133.256mph, Dunlop led Hutchinson by 2.8s with the leaderboard places behind constantly changing. It was now Hickman who was in third, eight seconds down on Hutchinson, with fourth to sixth now seeing Bruce Anstey, Johnson and Harrison occupying the places.
Dunlop continued to press on though during the second lap and with yet another new outright lap record of 133.962mph, he led his BMW rival by a commanding 9.2s as they made their first pit stop at the end of the lap. 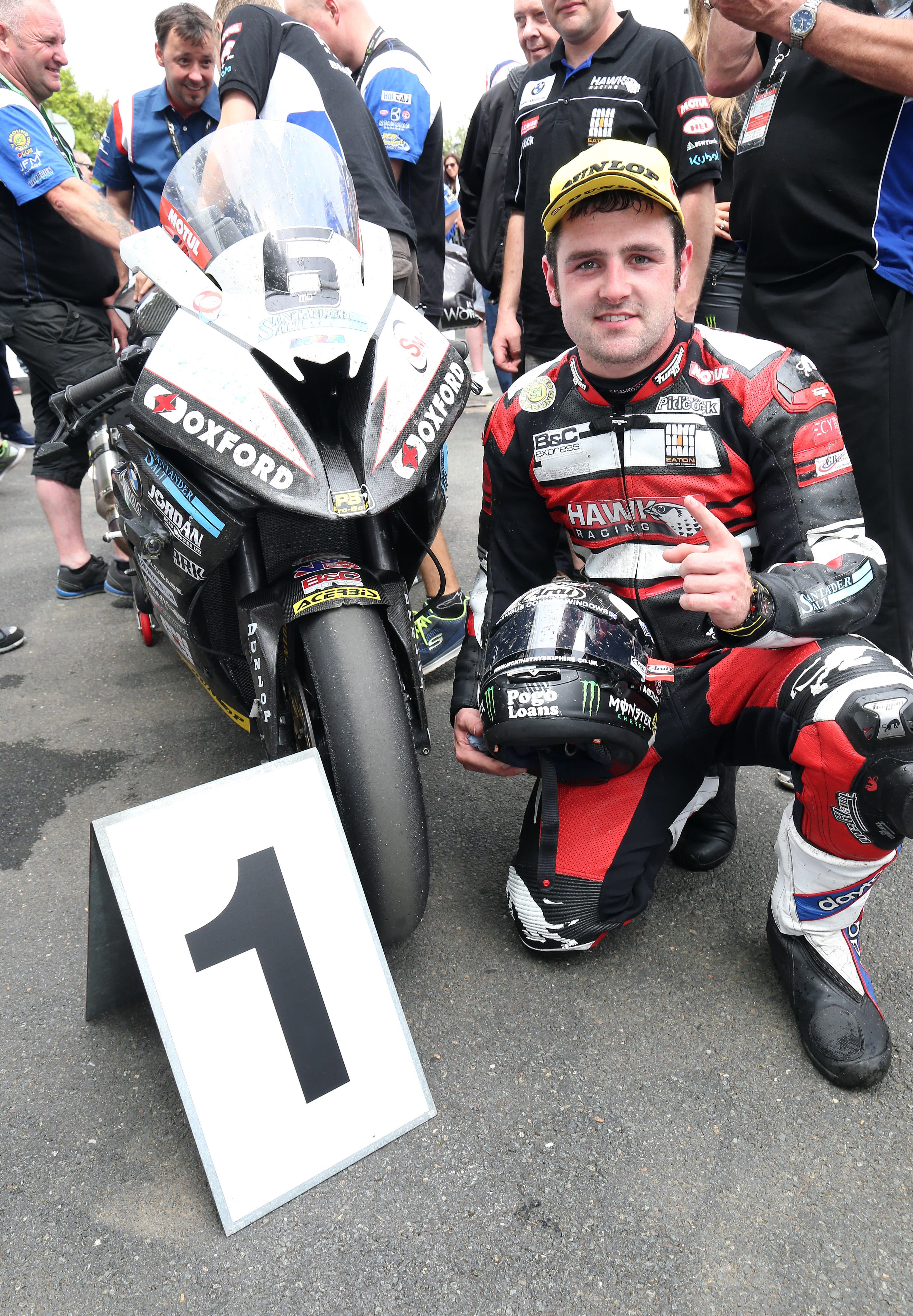 The pit stops saw Dunlop and Hutchinson maintain their first and second place positions but McGuinness’ crew again worked wonders and that helped him take over third by the time he reached Glen Helen on lap three, with the Morecambe man now some 6.7s clear of Anstey.
Coming into the second pit stop at the end of lap four, Dunlop still did not have full control of the race as the gap was only 10.6s. Hutchinson and McGuinness were circulating on the road together and looked secure in second and third with the lower leaderboard places also becoming more settled.
Dunlop’s team got him in and out quicker than Hutchinson and his lead grew by an additional five seconds. Indeed, he now had him firmly in his sights on the roads and was able to ride accordingly for the final lap and a half, eventually overhauling both Hutchinson and McGuinness on the road too.
He eventually took the chequered flag from Hutchinson by over twenty seconds with McGuinness taking his 46th TT podium in third. Harrison grabbed held 4th from Anstey and Conor Cummins.