Dunlop: I wanted this one for myself 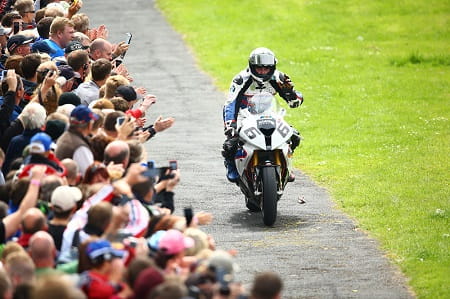 Michael Dunlop has spoken of his joy at taking his eleventh Isle of Man TT victory in yesterday’s Pokerstars Senior race. It’s the first time the Ballymoney man has won the blue riband TT event and his eleven wins place him among legends such as Steve Hislop and Phillip McCallen.

After a sketchy start, Dunlop took the lead from his brother at the Bungalow on lap one and the BMW Motorrad man didn’t look back from there, maintaining his lead by pulling the pin when necessary.

The race was made a little more difficult for Dunlop after seeing his brother, William, had crashed out of contention at Grahams. Michael could be heard asking his pit crew for an update on William when he came into the pits for the second time. 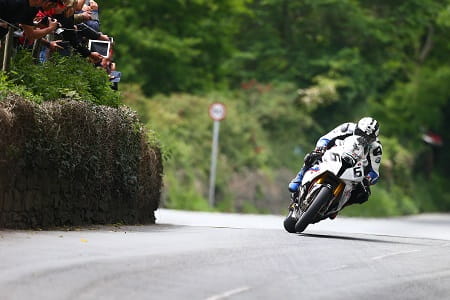 “When you see a mess like that lying in the road, I don’t care what anybody says, the first thing on my mind is that, I don’t give a sh*t about racing and that’s the long and short of it. He’s got a broken leg but he’ll be alright which is the main thing for me.”

“The first lap wasn’t great for me; I think I was down in P7 at one point. We struggled a bit as we’d made a few changes to the bike and it didn’t like it and I had to ride around it. We battered on and before I knew it I was in the lead at the Bungalow. I stuck in another lap and the lead was up to five or six seconds. I knew we’d struggle in the pits, we lost a couple of seconds so I upped my game again and every time I upped my game I gained a couple of seconds. You don’t need to win TTs by fifty seconds you just want a cushion so you can relax.”

A mid-race charge from Conor Cummins saw the Manxman charge into second place and begin to eat away at Dunlop’s advantage. 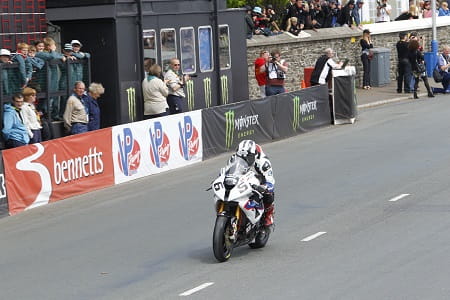 “My board was going up and down and Conor had slipped through to second. When I caught up with Guy, Hillier and John on the road, who are at the top of their game, there aren’t many places to pass and there were yellow flags out so we had to roll off a bit.”

In signing for BMW this year Dunlop took somewhat of a gamble, the S 1000 RR being hugely unproven on the 37.73 mile mountain course. In each race Dunlop used BMW-power, he took the victory – taking an unproven machine and proving it in the best possible way.

“I’d done my bit for BMW this week by winning at the start of the week but this was my personal goal, to win the Senior TT, I wanted to do it for myself. Last year when John beat me he said that this is the main race to win so I wanted to get it!

“The Buildbase BMW Motorrad boys supplied the bike and to bring it here having never raced here in itself, to get an engine to do six laps back to back I have to take my hats off to them.”