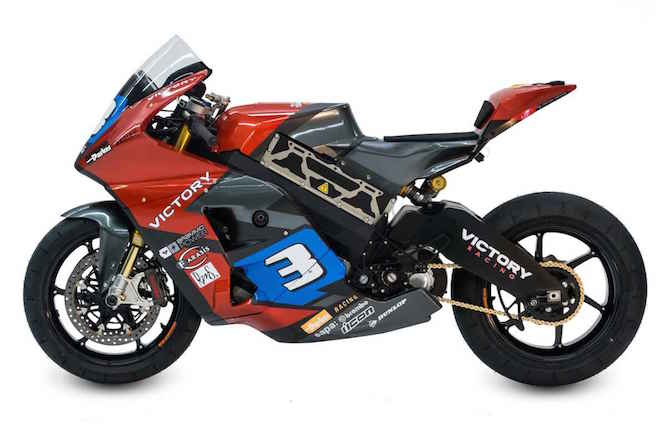 William Dunlop and Lee Johnston will compete in this year’s TT Zero race on as US manufacturer makes it’s European race debut.

Victory Motorcycles will enter the two-man team into this year’s electric race, competing on what appears to be a re-branded version of Brammo’s electric race bike.

Polaris, the parent company of Victory, bought Brammo Motorcycles in January with the intention of producing electric motorcycles at some point before the end of the year.

Parker, a global manufacturer of motion and control technologies and systems, will be providing the motors for both machines. 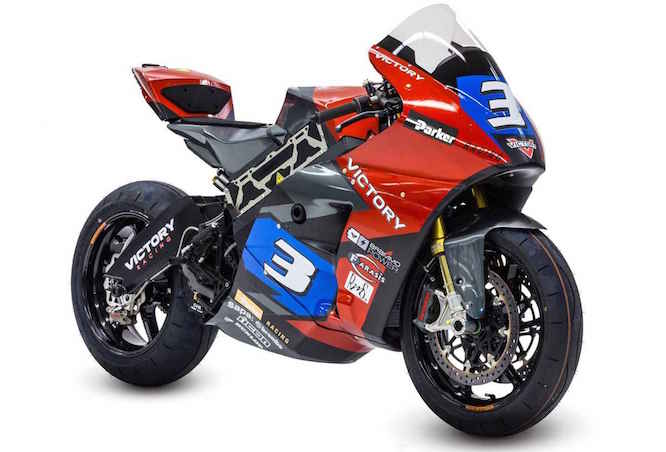 “I’m more than excited to race this prototype at the Isle of Man,” said William Dunlop, who will ride a BMW S 1000 RR in the Superbike, Superstock and Senior classes. “Electric powertrains have many advantages, and the Isle of Man is one of the greatest tests in motorcycle racing”.

Johnston, who is believed to have already tested the bike in America, added: “I’m excited to make history by racing the new Victory electric race prototype. It’s thrilling to be part of the emerging electric motorcycle movement”.