Double podium for Martin at TT 2014 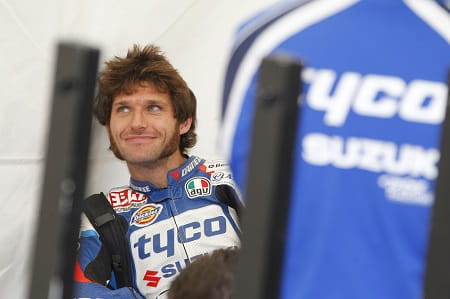 Guy Martin has said his Tyco Suzuki GSX-R1000 boasted the best set-up he’s ever had riding at this year’s Isle of Man TT, where the Lincolnshire man bagged podiums in the Superbike and Senior TT races.

Martin finished second in Saturday’s Dainese Superbike race and hopes were high ahead of the blue riband Senior event on Friday. A great start saw the Tyco Suzuki rider dicing with the guys at the front and at one point looked set to repeat his second placed Superbike finish.

“I’m dead happy for the team; the bike never missed a beat. We made a few little changes but all week the bike has been great. We always get on and have a good craic. They did a top job with the pitstops today, I did buggar all – they even put it in gear for me! That’s probably the best Superbike set-up I’ve ever ridden around here, so yeah, we’ll have to come back next year and try again won’t we.”