Bike Social caught up with one of the most experienced 22-year old motorcycle racers around, Danny Webb, who is about to make the huge transition from Grand Prix racing to road racing by making his Isle of Man TT debut this year.  In this exclusive interview Webb talks about how the deal came about, what his targets are and how he’s planning to enter a few BSB Superstock races and the NW200 in preparation. 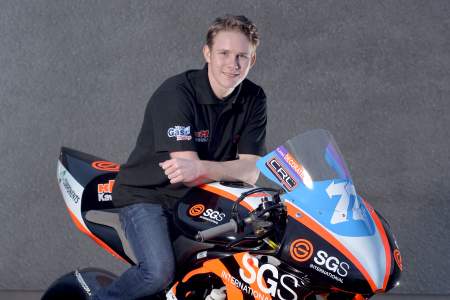 Ryan Farquhar’s KMR Kawasaki Team will provide Webb with a stock 1,000cc Kawasaki for the Superbike, Superstock and Senior races as well as a 650cc ER-6 for the Lightweight race.

It’s been on my mind all winter, you know, I’ve always fancied having a go at the TT since I first went to see the track in 2009 at a charity event so I rang Paul Philips (the Isle of Man Government’s TT & Motorsport Development Manager) to see if there was any chance. One thing led to another and within a few days we had something sorted.  I’ve found these guys a so easy to deal with, unlike circuit racing – it’s always so political and everything takes longer to happen.

I watched those guys going down Bray Hill at god-only knows what speed is quite amazing, it opened my eyes and I thought ‘only real men race here’.

I met Ryan a couple of years ago at the Grand Prix at Valencia and mentioned to him then that I’ve always wanted to race at the TT so when I spoke with Paul he then independently got in touch with Ryan so it’s funny how it all came about.

We both agreed that the logical approach would be to ride a stock 1,000cc bike in the Superbike, SuperStock and Senior races, to get some track time.  For the first year I don’t want any pressure, I’m there to learn the circuit and we’ll take it step by step.

I’m not setting any targets for the first year, I just want to go there and learn it. I know in the past with my GP career, as soon as I put pressure on myself, things can go wrong.

• On learning the Mountain Course

I’m really looking forward to getting out to the Island and getting to work, it might even be next week. If that means driving around the course in a car just to learn it more then that’s what I’ll do.  I’ve been round course a few times before and I’m pretty comfortable with the beginning and end sections but I need to learn the middle section.  Milky and Johnny (Richard ‘Milky’ Quayle and Johnny Barton – TT Rider Liaison Officers) have sent me some videos to watch so I’ve been studying those too.

• On his personal preparation

I’ve been playing the old Playstation 2 TT game to help me learn the circuit some more but really I’m concentrating on my fitness and focussing on my diet. I’m also waiting to see if I can have an operation on my carpel tunnel so hopefully by the time I get on the bike for practise week I’ll be as fit as I can be.

Our aim is to get a Superstock 1,000cc for a few track days or a few BSB rounds perhaps but that’s all down to budget.  And I’m definitely interested in the North West 200, I know it’s a lot different to the TT but I want to get used to riding on the roads. I’m hoping to take in all the advice and keep calm.

I’m good friends with Tim Reeves, the sidecar racer who went from being World Champion to racing at the TT and he’s been giving me some advice.  Everyone I’ve spoken to has said, “once you do it, you’ll never want to race anywhere else”. There’s going to be no other adrenalin rush like it.

• On his racing future

There’s nothing nailed down for the circuit racing yet before and after the TT, I’d like to do the BSB as well but we’re trying to sort things. You never know, one day I hope to get over to Macau.

As far as the TT in the future, I’m pretty sure Paul and the guys will look after me.  They know my plans, I don’t want to go there just for one year. 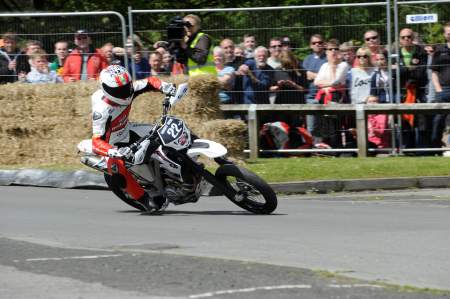 FACTFILE: Webb has been an ever-present in the MotoGP paddock since 2005 when he competed in the MotoGP Academy. He went on to take his place in the 125GP World Championship which then became known as Moto3, until he lost his ride midway through the 2013 season but was soon snapped up by PTR Racing in World Supersport achieving a best position of 11th in the final round of the series.

If you’re interested in helping Danny Webb and the team out with sponsorship then drop us a mail at enquiries@bikesocial.co.uk and we’ll be sure to pass it on.