Classic TT set to get underway! 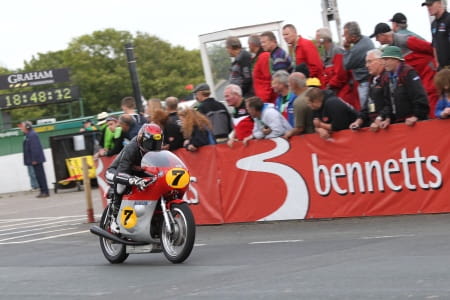 The 2014 Classic TT presented by Bennetts gets underway on the Isle of Man’s 37.73 mile mountain course tonight after the cancellation of Saturday’s first practice sessions.

The Classic TT newcomers were permitted out on their speed controlled lap but the regular boys and girls were made to wait after a delayed ferry meant there was a lack of marshals on the Island.

The flag drops on the festival’s first race on Saturday morning as the Bennetts 500cc Classic TT gets underway and with huge TT names lining up at the front, it’s bound to be exciting. ‘King of the Mountain’ John McGuinness lines up aboard a Roger Winfield Paton 500 once again this year after the disappointment of being ruled out with technical difficulties in 2013. With last year’s race winner Olie Linsdell switching to Royal Enfield machinery, Ian Lougher will line up aboard the Giovanni Cabbassi /Flitwick Motorcycles Paton. Ryan Farquhar will join McGuinness aboard the Roger Winfield prepared machines. 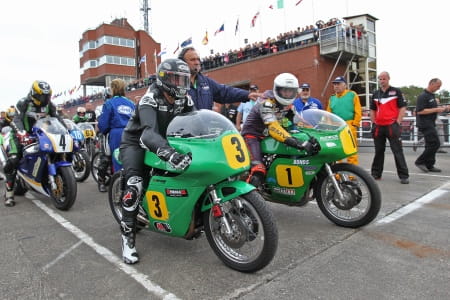 The fastest two men of the 2014 Isle of Man TT, Bruce Anstey and Michael Dunlop will line up on British machinery in the form of the Manx Norton. Anstey will be aboard the Ken McIntosh Manx Norton while Michael Dunlop, who will be joined by road racing hero Guy Martin, is set to ride the Andy Molnar prepared bikes.

Returning to racing for the first time since his off in this year’s Superstock TT, Gary Johnson will mount his 2014 Classic TT challenge on MV Agusta machinery. He was meant to be joined by Dean Harrison but after an off at the Ulster GP, Harrison will be replaced by Jamie Hamilton. Maria Costello will again kine up on the Peter Beugger Paton.

The 350cc are the first to set off down Glencrutchery road on Monday 25th August.  With a full grid of almost 90 entries, this year’s Okells Brewery 350cc race at the Classic TT is set to be as closely contested as it is thrilling. With last year’s winner Chris Palmer absent, Roy Richardson enters the week as one of the favourites on the FCL Racing bullock Motorsport Aermacchi. 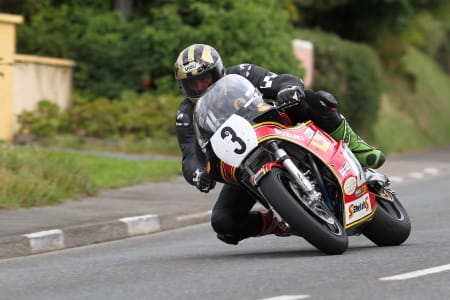 Big TT names such as William Dunlop, James Hillier and last year’s Bennetts 500cc Classic TT winner Olie Linsdell will line up for the 350cc battle aboard Honda machinery while Dan Cooper and Michael Dunlop line up on 350cc Molnar Manx Norton. Returning to racing for 2014, Keith Amor will miss the Classic TT after a nasty off at the Ulster Grand Prix, he’ll be replaced on the 350cc Manx Norton by John Barton.

All eyes will be on Bruce Anstey for the Motorsport Merchandise Formula 1 Classic TT on Monday afternoon as he takes to the mountain course aboard an ex-factory Yamaha YZR500 two stroke. The New Zealander, who set a 132mph lap at this year’s Isle of Man TT, will campaign the iconic Grand Prix bike in Valvoline colours with the esteemed Padgetts Racing outfit.

It’ll be tough beating last year’s winner Michael Dunlop on the XR69 1100 Team Classic Suzuki. The Ballymoney man, who won four races at this year’s Isle of Man TT, was a formidable force in 2013 lapping at over 120mph. Dunlop is joined in the Team Classic Suzuki by Lee Johnston.

TT winners Gary Johnson and Ryan Farquhar will line up for the Formula 1 race aboard 1100 Harris Yamahas.