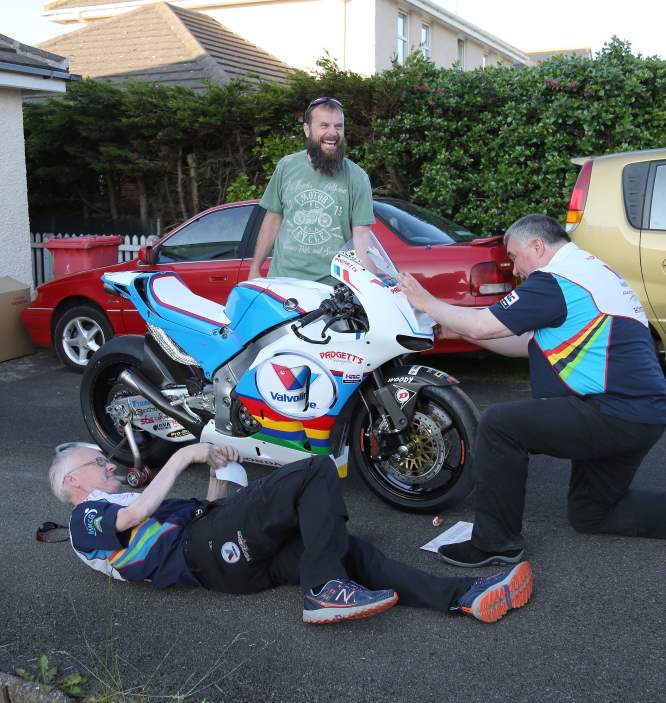 Clive Padgett's boldness has paid off.

The TT team manager - whose career has spanned 39 TT races - prepared a version of the exotic MotoGP-based V4 machine for the Isle of Man TT Superbike and Senior races to be ridden by the 10-time TT winner, New Zealand racer Bruce Anstey.

And as the dust settles after the first timed practice of the 2016 TT, the team are jubilant with the results.

“It’s brilliant, Bruce pulled in for an adjustment but other than that it rode really well. It even did 193mph through the speed trap at Sulby and we’re very happy with that,” said Padgett's mainstay mechanic David Castle.

“Bruce is absolutely peaking about it. I can’t believe how well it’s done for a first go on the Isle of Man TT course. We have worked really hard on it - yesterday it was a mile off but today it was fantastic.”

The machine was yet to return to the tent, but the huge smile on Castle’s face was enough to show that Padgett’s brave move of putting an ambitious machine on such a challenging course proved a success.

Anstey's speed was recorded through the Sulby speed trap at 193.4mph, the fastest of the night. His average speed over his first lap was 127.071mph, good enough for fifth overall in the Superbike class.

Castle added, “You have to give it to Clive, he really stuck his neck out and it could have been a huge flop but it we are all really happy with it.”

Speaking after the session, Anstey added: "The bike was literally finished just in time for scrutineering but it felt pretty good and the V4 power is so smooth. The bike feels like a 600 to ride but it's lighter and faster! Out of the corners, it drove really well with good torque and I was surprised at how stable it was. That was one thing I was worried about but it was fine over the bumps.”

“Flicking it from left to right was so much easier than a superbike and having less weight makes such a big difference. The bike's small but it has quite a bit of room and while we have some changes to make, we're not a million miles away."

Team boss Clive Padgett and his team have had to make many of the parts themselves including a 24-litre tank being made which has then meant a new subframe has had to be made to fit the tank, different brackets being made to fit the exhaust etc. Essentially, fixing one thing has led into countless others and the bike didn't have any bodywork until last Wednesday and only had the fuel tank made last Friday. 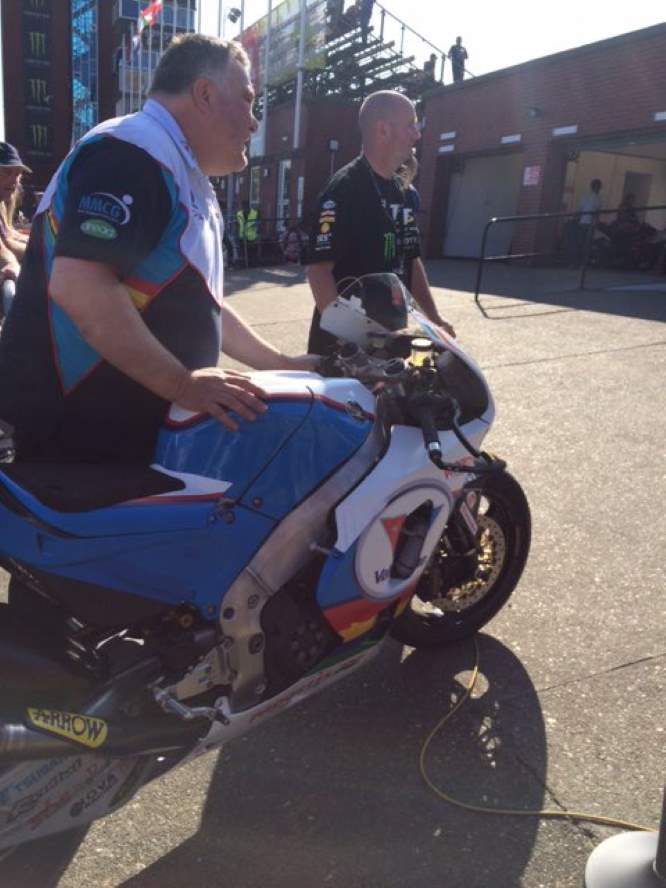