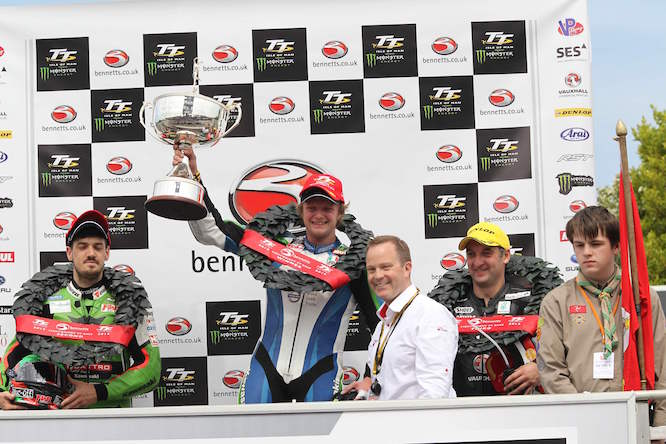 An-all star cast will line-up for the 2016 Bennetts Lightweight TT with no fewer than three former race winners set to take to the mountain course in the new-look supertwin race.

Increasing from three to four laps and moving to a prime slot on Wednesday 8th August, it’s all change for the lightweight race this year and with more potential winners lining up than ever before, it should be a corker.

Last year’s victor Ivan Lintin will again set off down Bray Hill on the RC Express Kawasaki, now backed by insurance firm Devitt, with the Bristol-based team looking to take a hat-trick of wins in the lightweight category having first taken the honours with Dean Harrison in 2014.

Setting off thirty seconds ahead of Lintin at number three is 2013 race winner James Hillier on the Muc-Off Quattro Plant Kawasaki while winner of the first race in 2012, Ryan Farquhar returns for another crack this year aboard the SGS International KMR Kawasaki.

Cameron Donald joins Farquhar in the CMR squad as he looks to add to his tally of TT victories, with another TT veteran in the shape of Michael Rutter also signed up to the class.

Martin Jessopp will set off at number one on the Riders Motorcycles Kawasaki as TT revelation Peter Hickman takes on the 650cc twins for the first time this year from number five.

Former double Manx GP winner Michael Russell is the first Suzuki to set off at number eight, behind Gary Johnson on the Chinese WK Bikes machine.

Dan Cooper will be out to secure his maiden TT podium from number ten having enjoyed a strong sixth place in last year’s race.

Other seeded riders include Connor Behan (12), Mark Miller (13) and former Moto3 GP rider Danny Webb (14), all of whom have previously lapped in excess of 115mph, and they’re followed off the line by class newcomers Sam West (15), a revelation at last year’s TT, and Ryan Kneen (16).

Next to go is exciting youngster and Senior Manx Grand winner Malachi Mitchell-Thomas (17), James Ford (18) and the last of the seeds, Swedish rider Bjorn Gunnarsson (20).