The all-star line-up will be racing for Team Winfield in both the Bennetts 500cc Classic TT Race and the Motorsport Merchandise F1 Classic TT Race.  McGuinness and Farquhar will ride a pair of Paton’s in the 500cc race whilst Farquhar joins Johnson on board F1 Harris Yamaha’s for the F1 race. 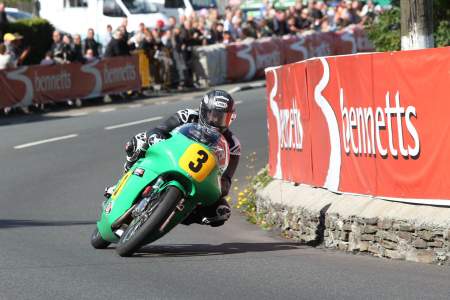 The Paton didn’t run as well as expected in the 2013 Classic TT; 41-year old McGuinness struggled with electrical gremlins during practise and qualifying which then returned to cause a misfire during the race. John retired at the end of the first lap although his team mate Ollie Linsdell on the sister bike went on to take a commanding victory.  After his win, Linsdell described the bike as “a great machine... pretty reliable, handles lovely for a twin.  The engine is absolutely great, strong power, great curve and reliable. Brilliant bike.”

37-year old Farquhar won’t make it easy for McGuinness thanks to his enviable history with Winfield and the Paton machine having won the 500cc Classic Manx GP on five occasions between 2007 and 2012.  Farquhar will also be racing at the TT this June having announced that he was coming out of retirement to contest the Bikesocial.co.uk Lightweight TT Race. 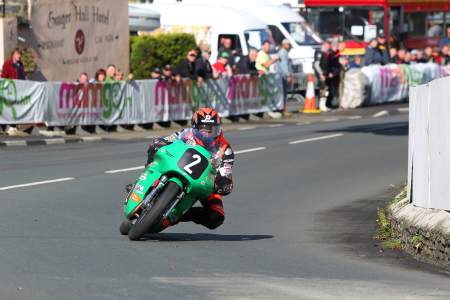 Lincolnshire-man Johnson didn’t have a smooth run in 2013 either having stalled at the start line of the Classic TT before recovering to finish 15th, and was running in 3rd place in the F1 Classic Race before being forced to retire. 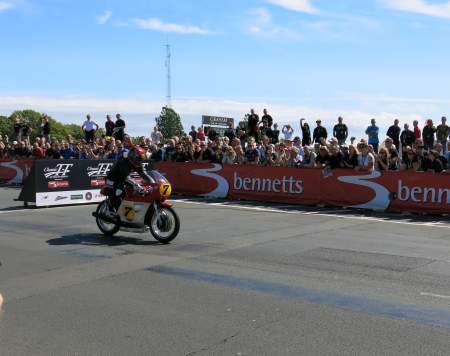 Commenting on his stellar line up for the Classic TT, team owner Roger Winfield said: “We are delighted with our riders for the Classic TT. We really enjoyed the first event last year despite not having much luck in the races themselves. But that is racing and we intend to come back stronger. I really felt for John who was desperate to win the 500cc Race last year. He’ll be the man to beat going back this time, but we have made his job a little bit harder, by recruiting Ryan to ride the other bike and his results on it in the past are there for all to see!”