BSB | Josh Brookes: “I’m signed up for next year and I’m staying where I am” 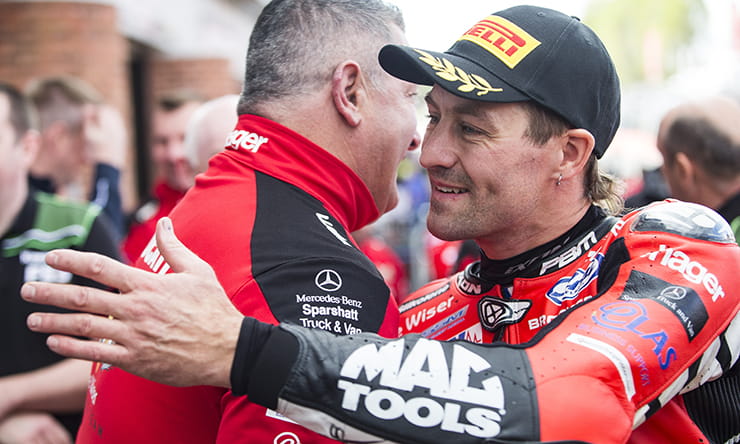 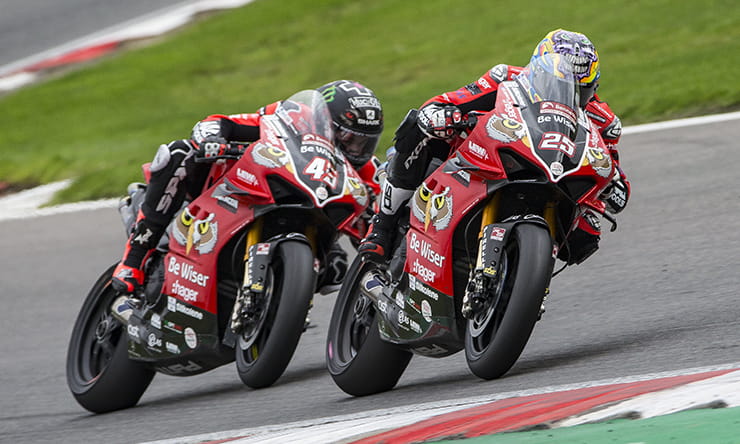 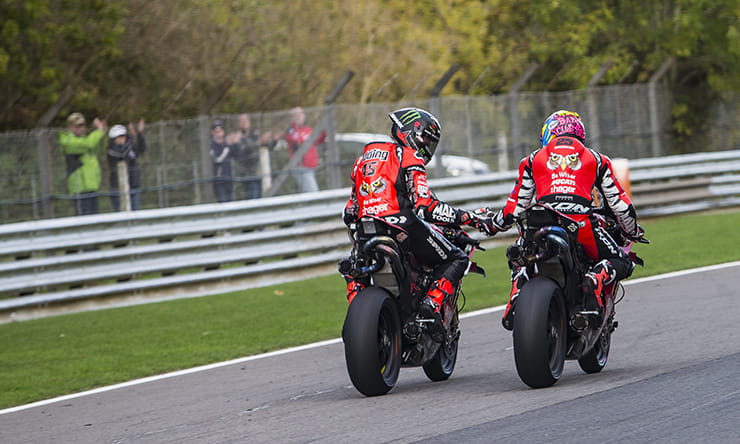 PBM Be Wiser Ducati’s Josh Brookes admitted to BikeSocial following his second-place finish in the 2019 Bennetts British Superbike Championship that he couldn’t have done any more this season.

Brookes came into the weekend with a heavy points deficit to his teammate Scott Redding, knowing that nothing short of a hat-trick of victories would be enough to secure his second title.

The ‘Badboy’ was unstoppable in all three races at Brands Hatch looking his dominant self around the Kent circuit, but it wasn’t enough to hand him his second British title as he lost out by five points.

Although clearly frustrated Brookes felt he’d done all he could throughout the season, expressing his feeling were mixed as he reflected on one of his most positive of seasons.

“My emotions are mixed because I’ve just come off three wins, how can you be upset to finish with three race wins.

“I honestly can’t think of a round where I could have done something different, I don’t look back and think ‘oh what if,’ the crash at Oulton Park could have made a difference because that was five points that would have stuck in the Championship, and I was leading at the time of the crash. 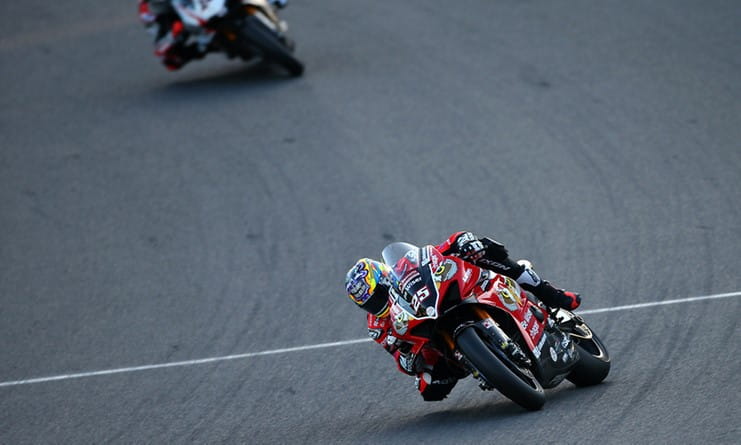 Josh made it five wins out of five at Brands Hatch in 2019!

Brookes’ 2019 season has a distinct feeling of his 2017 campaign, where he lost out again on the title by just two points that year.

Those two points were lost when he crashed out at Thruxton, when he seemed comfortable in the lead, would have made all the difference, and if the Bringelly (New South Wales) man hadn’t have fallen out of the lead at Oulton Park this season it could have been much different.

But he admitted that he wasn’t disappointed with himself, expressing he couldn’t have tried any harder in every race if he had tried.

“That is what I am trying to express because I can’t be disappointed with myself because if I wasn’t to have had two engines blow up at the start of the season, and come away with no points, podiums and credits that could have made a difference in my momentum during the season.

“I crashed out at Donington Park at the earlier round with a poor performing tyre, which wasn’t any fault of my own, sometimes you get one that doesn’t perform as good as the others.

“There are lots of times throughout the year where you could try and grasp for reasons for why things could have or should have gone better during the season.

“But the best thing is not to get wound up in those emotions and just look at it from a logical point of view.

“Every race this year I don’t think I could have tried harder, I honestly have not come away from a race and looked back and thought ‘ah if I had pushed harder, or made a pass a little earlier,’ I rode every race like it was the last of the year. 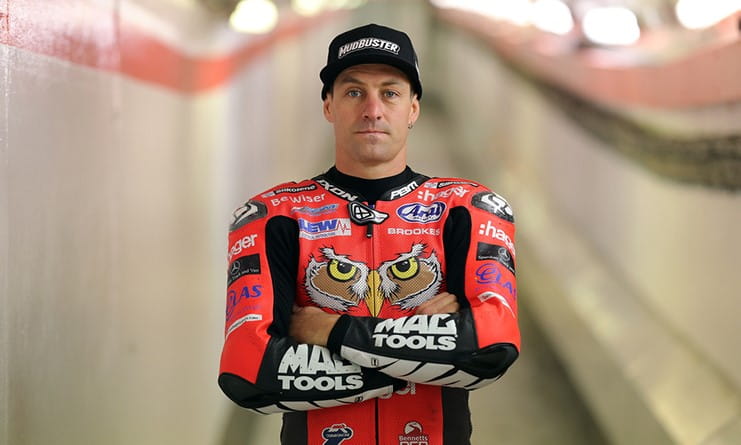 “I’m pleased with everything that I have done, of course I’m disappointed not to win the Championship but I have a ride for next year, I’m signed up and I’m staying where I am.

“It’s kind of like the year is just like a round, you can have a bad round or come second at a round and you’ll think you’ll come back stronger. I’ll try and do that next year, I’ll take some time off to regroup and come back stronger next season.”

It’s been one of the most hotly contested seasons between Brookes and his PBM Be Wiser Ducati teammate, with 21 victories from the 27 races shared between them; 11 for Redding and 10 for Brookes.

And he was quick to praise Redding’s performances during 2019, admitting that he wasn’t surprised with the way he went about his year.

“No not at all, I think Scott’s performances have been what you would expect from a guy of his level.

“You are always going to have critics, even Marquez has critics, and if he’s not safe then nobody is.

“I think Scott has done what a majority of people thought he would do, the only thing that was a questionable area was so many riders have come to BSB from other Championships and haven’t progressed, but that doesn’t mean that is the same for Scott. 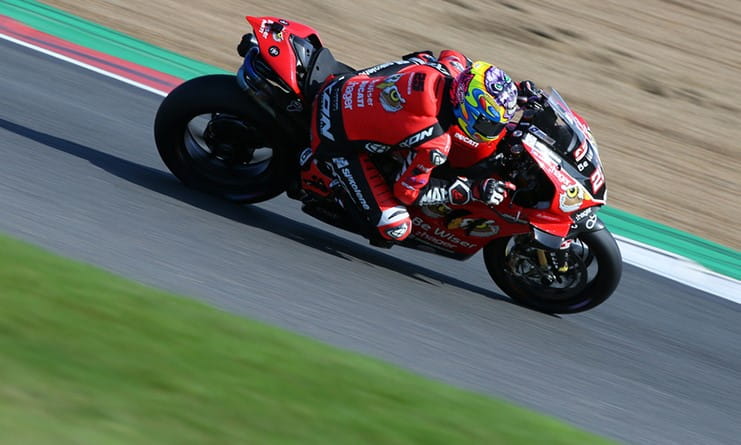 ‘Badboy’ missed out in the Championship by just five points

“I don’t really think it makes a difference if he was in a rival team or the same team as me, him and I have had to have a professional relationship.

“Not many teammates really get along that well because of that ‘pressure cooker’ environment that we work in, so it is normal for riders to have a difficult time to be friends, and be battling for their position every round.

“So, I think it was normal that we have maintained a professional position in the team, he did his thing, I did mine and we moved on from round to round. There hasn’t been any issue or bickering throughout the year, it’s all been really professional.”

Brookes has been a reformed character since moving to Paul Bird’s outfit, with a bigger smile on his face each and every round, something that you don’t often see with the ‘Badboy.’

But he admitted the reason why he’s a happier person is because he has the right tools to do his job, and his results have made him much happier.

“My attitude is always race results based, and all the things that are important to me and that I have grown up with are all left behind in Australia.

“So I leave home and come over the other side of the world every year with the goal, motivation and desire to win, so when I don’t win I find it difficult to hide my emotions, I am quite easy to read. 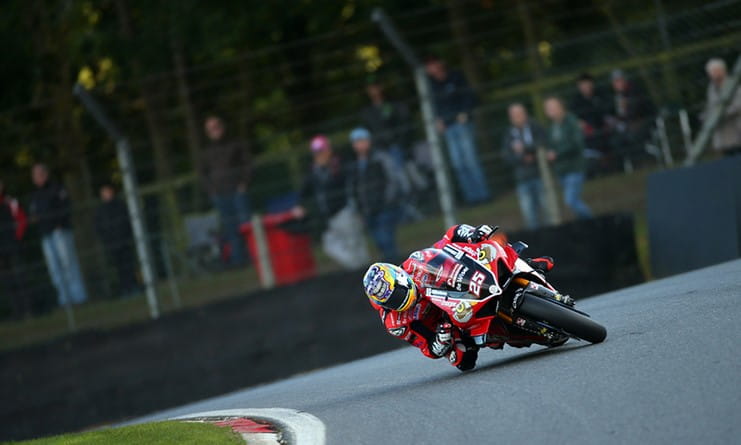 Brookes has been much a happier person in 2019

“So often I look like I have a face like thunder because I haven’t had the success I was seeking. I would say this year that maybe some people have seen that I’ve looked happier or seen a smile, but that’s because my results have been quite good this year.

“I’ve felt I’ve had the tools to do the job, I haven’t had complaints about the bike because there hasn’t been problems with it.”

But what now for Brookes as he looks back on 2019, well he’ll be boarding a plane soon to return to his native Australia, but quickly laughed he won’t be getting involved in any wedding plans between him and partner Aimie.

“That is not my duty! As the male part of the agreement I’ve left Aimie to be completely in charge, it’s her day, her thing, she can have complete control of what she decides to do… I’ll do what I’m told to do and do it with a smile.”