Iddon Leads The Way On Day One 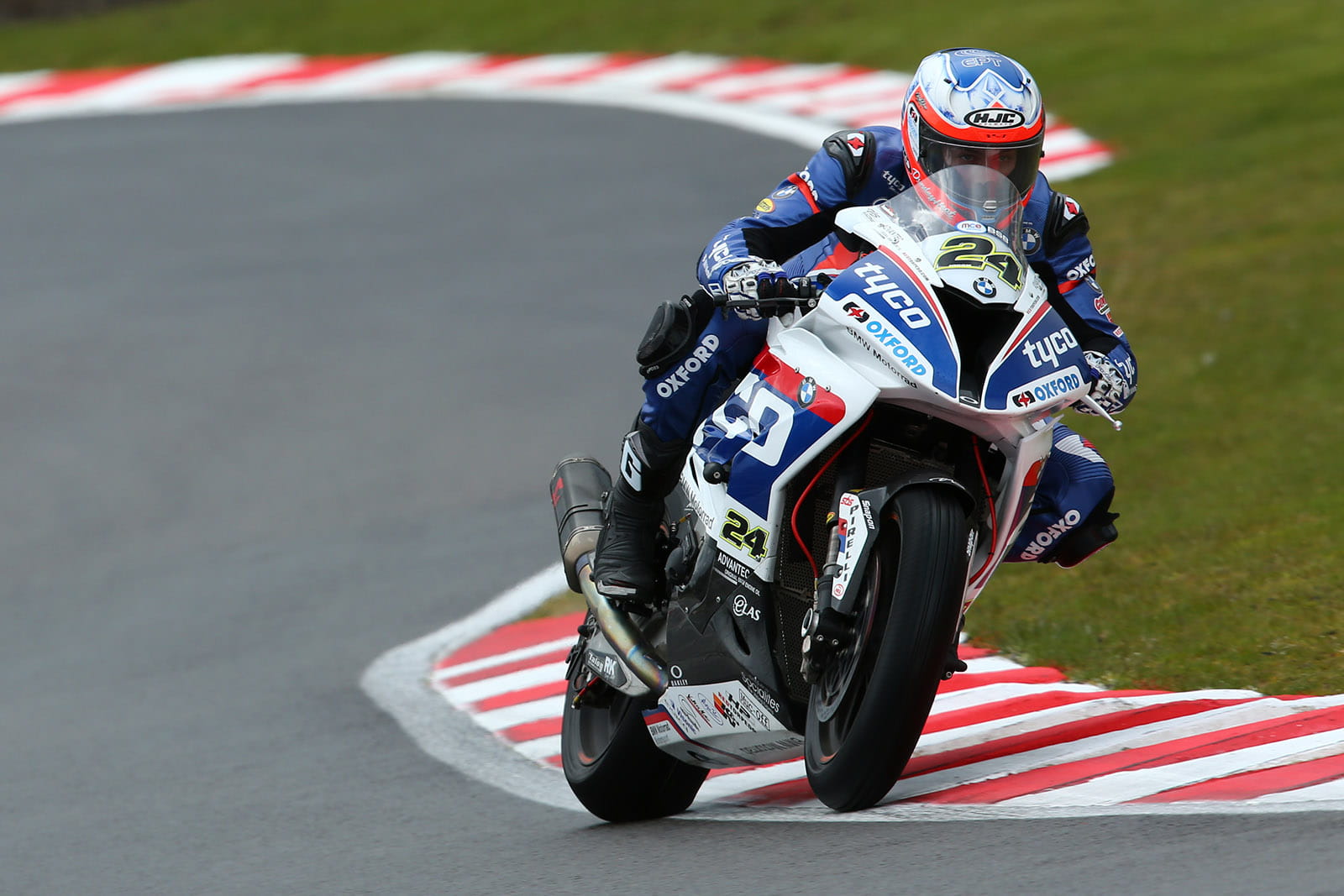 Tyco BMW’s Christian Iddon ended the first day of Oulton Park free practice at the top of the time sheets. The ex Supermoto star looked comfortable at the second round of the British Superbike Championship, but admitted he wants to tone down his BMW S1000RR to cope with the nature of the Cheshire track.

Iddon, who ended the first practice session in third place on a wet track, was only fractionally quicker than Quatrro Plant Tecare Kawasaki rider Luke Mossey in the dry afternoon session.

However, speaking to Bike Social after the day he explained that although the bike is powerful, he wants an easier all round ride from his machine.

“I feel good on the bike,” said a smiling Iddon. “All we want to do is calm the bike down, that’s the long and short of it. She’s fast but she’s a little bit aggressive at the moment and I just want a little bit of an easier ride, because I’m climbing all over her at the minute.

“I’m quite happy, we just need to calm her down, because around here it’s all about getting the flow. There is no more speed to come out of the bike it’s just making it easier.”

Tomorrow could see the first of the new superpole format qualifying session take place, and Iddon did express that after the runs he completed today it all looks good ahead of tomorrow.

“I did two laps in free practice two that were almost identical and that bodes well, there are a few places where I could have had a bit more within myself.

“Around Oulton everything flows into the next corner, so if you make one slight error you’ve ruined half a lap basically and I did that today, I ran a little bit deep into one of the chicanes by half a foot and then I was chasing it for the next five corners.

“There are a lot of crests and undulations, a lot of things to really catch you out, and I just want to get a bike that I can breath through the race on. Things are coming at me a little bit fast at the minute, and when the world starts slowing down for me I’ll be happier.”

Although Iddon’s Tyco BMW S1000RR is working well around the 2.6-mile circuit, and the grining Iddon expressed that to make the bike better, him and his team have plans in place.

“There are a few things that we can do chassis wise to make it soak up the bumps a little bit better, and that is chassis and suspension in one.

“We might change the general angle of the bike, the balance basically, so we will move it one way or the other. One thing the BMW isn’t short on is power, which is a nice place to be in, and it’s easier taking it away from it than giving it more.”

Just one second covered the top 17 riders in free practice two, with many of them covering race distance runs. However, Iddon stated that the main challenges he could face come race day are the big three that are in the run in for the title.

“Shakey looks really good and so does Leon. You can never count out Michael either, he plugs away in the background, and I think he could be a good poker player to be honest. Those three are the main boys, there are so many of them, but for me those three.”