Brookes on pole in iffy conditions at Brands Hatch 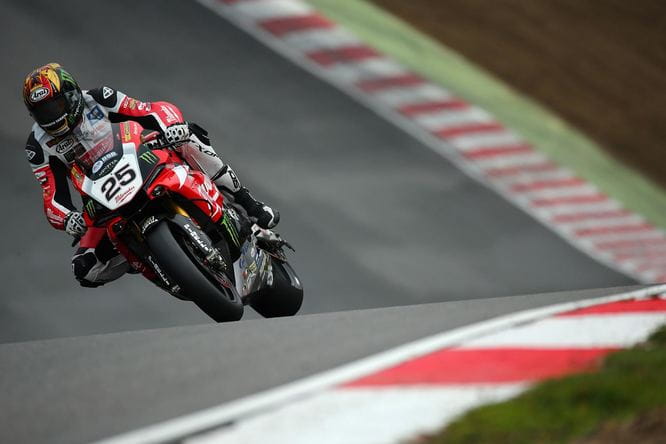 Josh Brookes took his sixth pole position in a row to edge one step closer to clinching the 2015 British Superbike title at Brands Hatch this afternoon.

The Milwaukee Yamaha rider has been fast all weekend but with rain on the way, speed was less of a deciding factor when it came to the third of the three qualifying sessions.

Before the session began, Brookes assumed his usual spot at the end of pit lane as he waited for the session to begin. Getting out on track first, he was able to set a 1’25.512 before the rain came down. Brookes’ Milwaukee Yamaha team-mate, Jakub Smrz will start second with PBM Kawasaki man Danny Buchan completing the front row.

James Ellison leads row three ahead of Michael Laverty and Luke Mossey, with Billy McConnell rounding out the top ten.

The first race of the weekend gets underway at 15:45, with Brookes needing to beat Byrne by just three points to be crowned champion.