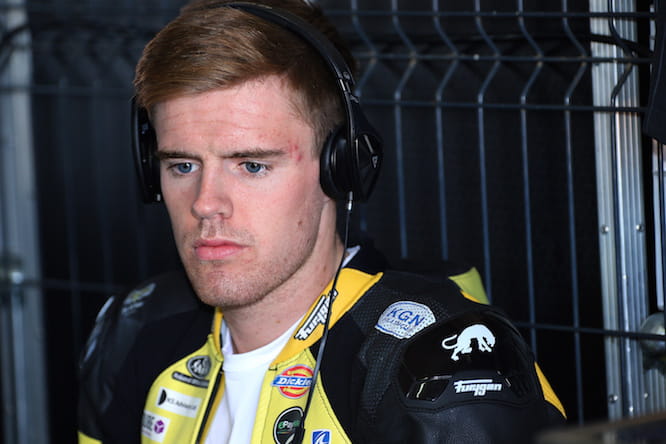 British Superbike rookie Danny Buchan has said he wasn’t chasing lap times on Day 3 of testing at Cartagena despite going on to set the fastest lap of the day.

The Superstock 1000 Champion steps up to the big class with Tommy Hill’s Be Wiser Kawasaki team this season and has started on a positive note with a strong showing in Spanish testing.

Buchan’s fastest lap of 1’33.4 was set this morning on the softer Pirelli tyre, but the 21-year-old was able to consistently reel off laps in the 1’33 bracket throughout the day.

“It’s been a great few days here in Cartagena, I’m really happy with how we’ve finished.” Buchan said talking to Bike Social.  “We’ve learned a lot. It’s been good for me and my team, we’ve had a great bit of team bonding as you do at the first test."

Buchan’s winter training regime involved completing as many laps as possible aboard his personal Kawasaki ZX1O-R test bike, which he took to Cartagena before his first test with his new superbike team. 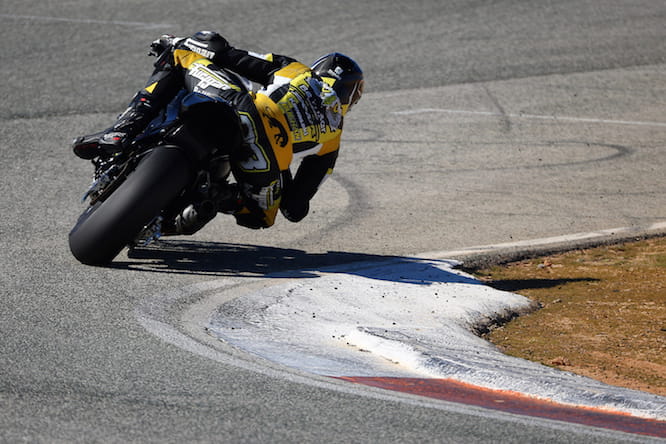 “It’s been good for me as I’ve been riding my practice bike which is so, so different to the race bike and we’ve kept it upright and come away with good times and good pace and I’m very happy with that and we haven’t been chasing a time! It’s come really easy, we’ve been playing with settings and that just to make it as easy as we can.

“It’s quite a surprise to be fastest. We went out on the soft tyre and did a competitive time but even on the race tyre I was only a couple of tenths off. We made some changes that I didn’t like, so I went out after changing it back, did a run with a lot of very consistent times which is what we’re looking for. We aren’t interested in going out and doing one quick lap and then being a second slower the next lap. It worked out well but we’re not counting our chickens yet, this is the British Superbike Championship, it ain’t Superstock anymore, it’s hard work.”

Heading-up the Be Wiser Kawasaki team is 2011 British Superbike Champion, Tommy Hill, who only retired from racing himself at the end of the 2012 season.

“Tommy is good”, Buchan continued. “It’s so nice to have another rider there, obviously it’s great to have Chris [Walker] there but we’re competing against each other.

“It’s nice to have someone else with the experience. It’s like being cuddled, I’ve only done 13 races in BSB so as a new rider it’s nice to have Tommy there who has been there, done that and possibly tried things we can try. I think he’s really happy with how the test has gone, the structure of the team and now we’re looking forward to Guadix. It’ll be interesting to see how I adapt to it as it’s a new track for me but I plan to just get out, do some laps, drag some elbow and have some fun!”

Testing at Cartagena continues tomorrow but the Be Wiser team will take the day out as the bikes are prepped before moving to Guadix for testing on Tuesday next week.