Toseland: Melandri is the one to watch in 2014 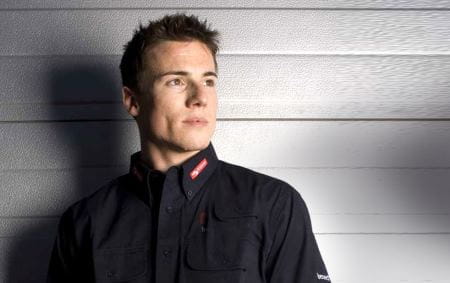 With the winter testing ban lifting tomorrow, a number of World Superbike teams are to resume preparations for the 2014 season at a various circuits across Spain and Portugal over the next few days ahead of the season starting in just over a month.

We caught up with double champion, James Toseland to get his low-down on how the 2014 season may pan out.

“You’d have to say Melandri’s got a good shot on the Aprilia. I think his riding style is very similar to Max Biaggi’s, he’s smooth and tidy” said Toseland.

“He did a fantastic job on the BMW even though he didn’t win the championship. His consistency was a bit up and down over the last couple of years but he had some fantastic rides so if he can keep himself fit and out of injury I think he’s definitely the one to watch but you can’t rule out the champion, Tom Sykes, if he hasn’t partied too hard during the off-season!" 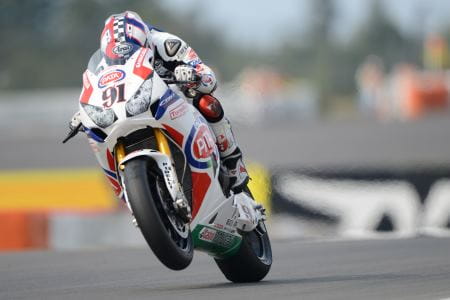 I think those two have to be the main contenders but I know that ten Kate Honda had some great ideas through the winter to develop the bike so it’d be great to see them closer to the front. Hopefully Johnny and Leon can keep away from injury as they suffered badly this year.”

The engine limit will also reduce the gap, I know Aprilia and Kawasaki threw quite a few engines at their project last year so it will be a big change for them but no matter what changes, the best teams, riders and bikes will always be at the front so we won’t see too many changes at the front but we could see teams like Honda up there.”

Suzuki could also benefit from this, the bike’s been quite uncompetitive in the last few years because of Suzuki’s lack of commitment meaning the bike hasn’t developed that much. When it came out back in 2005 if was an absolute rocket ship and left us all behind Troy Corser! Haslam had such a great year in 2010 too finishing second in the championship.”

It is a good bike but the development of bikes like the Aprilia and Kawasaki has left everything else behind a bit. Alex Lowes has got some great confidence after the year he’s had and Eugene Laverty’s the same after finishing second in the championship, they’ve got two great riders so hopefully the package can perform for them.”

As mentor to BMW Italia rider Sylvain Barrier, Toseland has quite an interest in the new EVO category for 2014. 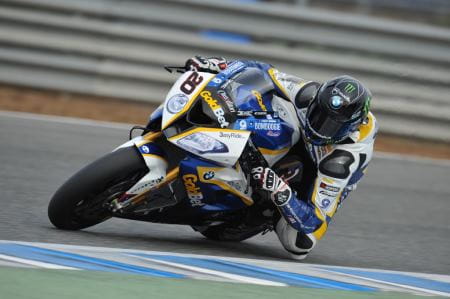 “With the new rules and EVO it will be interesting, I’ve been helping Sylvain Barrier out these past few years and I think he’s got a strong chance of winning the EVO class. They shouldn’t be too far off the superbikes either, I’d say about a second and a half on average but on the tighter tracks they could be within a second, especially in race pace.”

“The EVO bikes should be able to challenge for the top ten, maybe even the top eight as I’m not sure how much money manufacturers will be putting in this year knowing everything goes EVO for 2015, I can’t see a massive influx in investment for the main superbikes so it could get much closer.”

“It’ll be interesting to see how the new manufacturers get on, look at MV in Supersport last year they were right up there so there’s no reason they can’t be in Superbike. We know their history so there’s no reason they can’t be successful. I think Buell may find it difficult in this initial year but when the full EVO rules come in next year I think this gives them and the rest of the new manufacturers a real chance.”

Do you agree with James?  or