Sykes hits out at Baz after Sepang incident 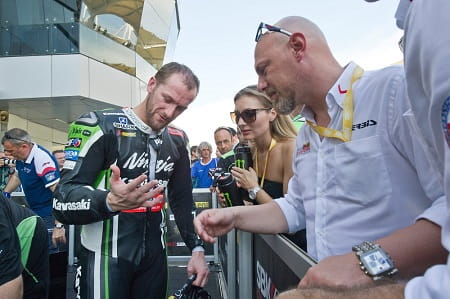 Tom Sykes has hit out at his World Superbike team mate, Loris Baz, after an incident in the first race at Sepang last weekend.

On the first lap of Sunday’s first race, Baz ran into the back of Sykes at turn two, throwing the Yorkshireman to the floor with his stricken ZX10R subsequently wiping out Crescent Suzuki’s Alex Lowes.

Sykes was lucky to avoid serious injury in the incident, as his leg became entangled with his Kawasaki and Lowes’ GSXR1000. He flew to Barcelona after the races for checks on his right hand and both legs, which had taken a battering in the accident.

Despite the injuries, Sykes bagged a podium in the second race and was quick to criticise Baz in the post-race interviews. “There has to be a line between team-mates” said Sykes. “This is not the first time and Loris has proved a lot of people right this weekend, at my expense.” 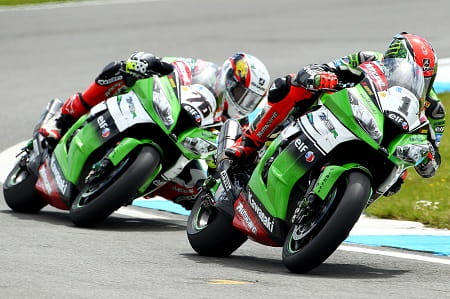 It’s not the first time the Kawasaki pair have had a coming together on track, Baz punted Sykes out wide at the first turn at Donington Park two weeks ago, leaving him back in eleventh place on the first lap. The 2013 World Champion also claims the pair had near misses in Assen as well.

The Frenchman has defended himself from Sykes’ accusations, saying he ‘crashed alone’ rather than into Sykes. Baz claims his team mate had been hard on the brakes to avoid Aprilia’s Toni Elias, meaning he also had to brake more suddenly and lost the front.

“In race one I made a good start and Alex Lowes came inside in the first corner and we were together. I just wanted to pass him in the second one” said Baz.

“Tom braked really hard to make sure he did not touch anyone in front of him and I had to brake really strongly too. When I did I lost the front and my bike took him and Alex out. It is a big shame for the team but I could not do anything. For me I crashed alone and my bike took somebody out and unfortunately it was Tom.”