EXCLUSIVE: HASLAM ON RIDING FOR HONDA 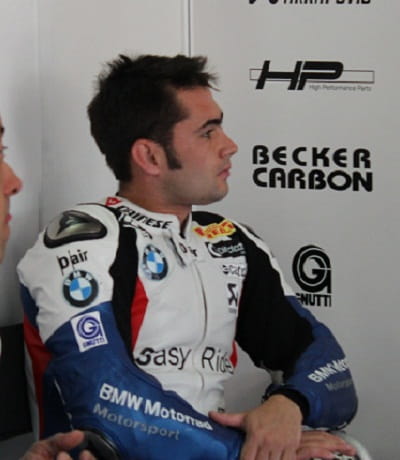 WSB SENSATION LEON Haslam has confirmed he will ride for Pata Honda World Superbike team next year. Following the announcement, we caught up with him to get the inside story on his plans for 2013 and beyond.

Bike Social: We’ve seen Jonathan Rea running at the front on the Honda this year, what do you think are the biggest difference to the two bikes you’ve noticed when riding with Rea? And what made you make the switch?

Haslam: "You know, it’s not just about the bikes. All the bikes on the grid are capable of winning, which is proven on a weekly basis. Honda have always been in my family which is why they are my first choice when the opportunity came up. I have always been in negotiations with them to return to the team but this year everything has fallen into place. Plus, to be team mates with Rea will be great, I think we will make a fantastic team."

What can we expect from a Honda-mounted Haslam that we haven’t been able to see on the BMW?

Haslam: "Yeah, with the BMW project it has always been an uphill struggle but this year the bike has been capable to win. From my side, I have had an unlucky and tough season and it has been disappointing on the BMW however next year I am hoping luck will change and I will be back at the top of the tables as I should be.

Bike Social: Ten Kate have a long and healthy association with WSB, what are you most looking forward to about working with them?

Haslam: "I am looking forward to working with the whole Ten Kate family, they are a happy go lucky team and they get the most out of what they have got. Anyone who has left the team has never been negative about them and Jonathan [Rea] has been there a long time which shows they are a great team. So really, it’s the whole atmosphere of the team and getting back into the Ten Kate racing family."

Bike Social: As British race fans we’re bored of Max Biaggi lifting the trophy, what will it take for you to stop him next year?

Haslam: "Obviously it is going to be hard work but I am looking forward to knuckling down and pushing for wins. Jonathan Rea has shown that the bike is capable so together with him I look forward to pushing for the world championship."

Bike Social: The Haslams have a long association with the Honda family, and you yourself have obviously ridden with them in WSB, and in GPs. Was it a conscious decision to get back under Honda’s (ahem...) Wing?

Haslam: "Yes, obviously having worked with them before is a big benefit for me as it is not like I am going into the unknown. They gave me my first opportunity in 1997 and then again in GP’s, I have already had 2 seasons on the current bike too so there is no risk for me which is reassuring.

Haslam: "Obviously there is a plan for new bike 2014 however the concentration of myself and the team for 2013 is going to be getting most out of this years model of motorcycle.

Catch Haslam as he fights to win the manufacturer's crown for BMW at the final round of WSB at Magny-Cours.