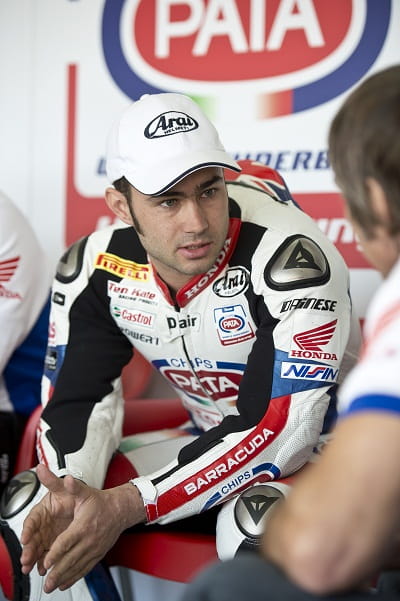 For most of us, breaking a leg would put us out of action for at least six weeks, and we wouldn't get back on a bike for months. But for racers it's different. They're different and wired-up to win.

They're a rare breed of angry young men, brought up on a diet of extreme physical training and adrenaline, who want nothing more than to line up on the grid whatever the injury, it's what makes them tick.

Last weekend we saw Cal Crutchlow take second place at Le Mans MotoGP with a fractured tibia, and now it looks like we'll see Leon Haslam race at Donington Park WSB just three weeks after having a pin inserted in his tibia after a practice crash at Assen.

Well, at least he's going to have a go at passing the medical to see if the organisers think he's fit to race. That test alone involves squats and being able to run across a room. The thought of it is enough to make you wince, but it holds no fear for Haslam, and it's nothing to riding a 250bhp World Superbike on the ragged edge lap-after-lap.

This weekend, Haslam is hoping he’ll be on the grid with his Pata Honda WSB CBR1000RR for his home race at Donington World Superbikes, just 15 miles down the road from the Haslam family home.

Haslam has literally grown up at the track, regularly helping his father Ron Haslam, with the Honda Ron Haslam Race School, and there's no way he could miss it.

He said: “It’s just over three weeks since I broke my leg at Assen and, while that might not seem very long, it feels like ages to me. Since the operation to pin the leg, I’ve been doing everything I can to get it ready to get back on the bike. I’ve got to pass a medical of course, and then see how it feels on the bike, but at the moment I’m aiming to ride. Donington is my home race, so it’s a really special event for me and I know the circuit pretty well. I got a couple of good results on a private CBR at Donington in 2009 and could’ve had a couple of wins last year, so I’ll continue doing everything I can to get on the bike on Friday and see how it goes."