BMW to withdraw from WSBK 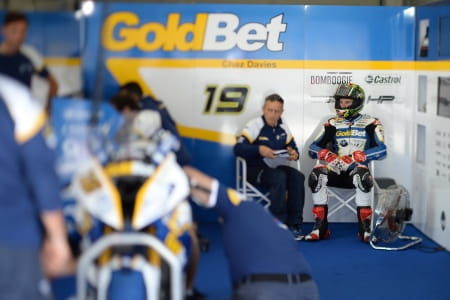 BMW Motorrad have announced that they will be withdrawing factory commitment from the World Superbike championship at the end of the 2013 season.

BMW Motorrad ran an official team in the Superbike series until the end of 2012, when BMW Italia took over the factory contract but it would seem that all factory involvement will be suspended from next year. Marco Melandri currently sits third in the World Superbike championship after taking the win in Moscow and Chaz Davies is fifth in the standings.

“BMW Motorrad Motorsport will end its involvement in the World Superbike Championship after this season”, explained Stephan Schaller, General Director BMW Motorrad. “This is consistent with the strategic realignment of our brand. BMW Motorrad will now focus on the further expansion of the very successful product portfolio over 500 cc, the expansion of product segments under 500 cc, e-mobility and the development of market potential in emerging economies like Brazil and Asia. Only those who act consistently today are well prepared for the challenges of tomorrow. BMW Motorrad will remain involved in motorsport and in doing so we will focus on the international customer sport in all its facets. I want to thank everybody who has supported us on this long and successful journey.”

“The team is a very professional and motivated group of people and I am sure they will continue to do everything to end the season on a high note”, commented Andrea Buzzoni, General Manager BMW Motorrad WSBK. “Twenty thirteen is a good year, the atmosphere within the team is great and also our riders, Marco Melandri and Chaz Davies, are doing an excellent job. We are satisfied with the current results and, of course, we will keep working hard. Therefore I am convinced we can celebrate more successes with Marco and Chaz as the season goes on. I am sorry about the decision, but I understand the strategic decision making of the company. I want to thank all the people who are involved in this project.”

With the release focusing heavily on the removal of the factory, there is a possibility BMW will still have a presence in the WSBK championship with satellite machinery.