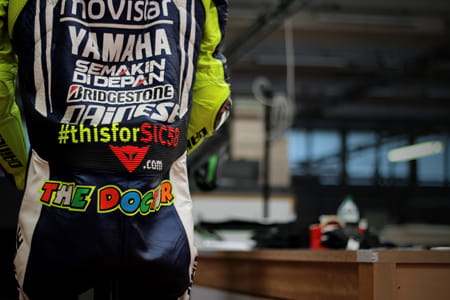 Marco Simoncelli, who tragically lost his life in October 2011 at the Sepang circuit, became the 21st rider to be inducted into the Hall of Fame as a MotoGP Legend earlier today.

As well as becoming a World Champion, the Italian rider, fondly remembered as ‘SuperSic’, amassed 15 pole positions, 31 podiums and 14 victories in his career and gained the respect of millions of fans worldwide. Dorna Sports CEO Carmelo Ezpeleta officially inducted Simoncelli into the MotoGP Legends Hall of Fame in Mugello today, in the presence of Marco’s father, Paolo.

And today, nine-time World Champion Valentino Rossi found another fitting way to honour his late friend with a specially made Dainese suit with #thisforSIC58 embroidered on the back in support of the Marco Simoncelli foundation. 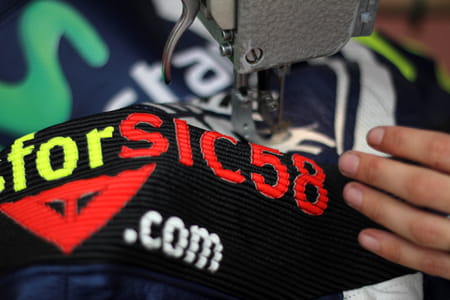 Rossi will wear the suit during this weekend’s racing at Mugello, before putting it up for auction on Wednesday 18 June. Further details about the auction will be available on Dainese’s new website, dainese.com, which goes live on Friday 13 June.

#thisforSIC58 was created in honour of Marco Simoncelli and to support charitable projects backed by the Foundation dedicated to his memory. Through the purchase of the suit, the lucky winner will contribute to the support of the Santa Marta project, a day centre for the disabled that the Simoncelli Foundation is building near Coriano, Marco’s home town. 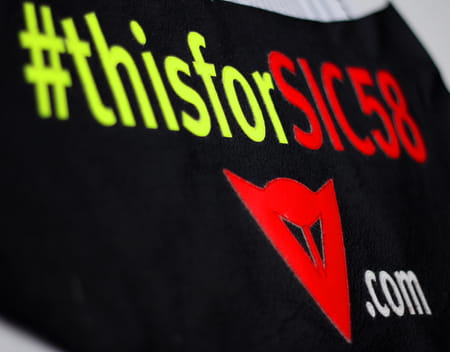 Rossi’s suit is the first of many original Dainese products worn by world champion riders that will be made available.