MotoGP head honcho Carmelo Ezpeleta has told Bike Social he is not concerned that the Circuit of Wales is yet to be built, despite having just signed a five-year deal to host the British round at the yet-to-exist Ebbw Vale cicuit from 2015.

At a press conference in Cardiff today, Dorna, the rights holders of the MotoGP championship, announced that the Circuit of Wales had been awarded a contract to host the British MotoGP from 2015 in a deal that could last up to ten years.

“This is a very important announcement for MotoGP” said Ezpeleta, Dorna’s CEO, talking to Bike Social in Cardiff. “When we started to talk with the Circuit of Wales over two years ago we thought the project would be very interesting for MotoGP as it’s not just a circuit, it’s much more than that making it the best place possible for the British Grand Prix in the near future.” 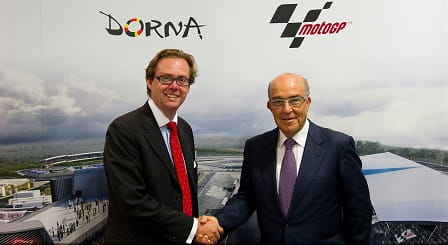 The Circuit of Wales is set to be a £315 million state of the art motorsports facility based near the South Wales town of Ebbw Vale. The initial circuit layout has been designed with input from top motorcycle racers such as Chaz Davies, Leon Haslam and MotoGP safety officer Loris Capirossi. The British round of the MotoGP Championship has been held at Silverstone since 2010 when the previous promoter, Donington Park entered into a failed bid to take Formula 1 to the Leicestershire circuit.

“We aren’t unhappy with the other venues available but the circuit of Wales has been developed around motorcycle racing and the opinion of many motorcycle racers, including MotoGP racers, has been taken into account” explained Ezpeleta. “I’m sure the circuit will also be good for cars and other events but the important thing is that it will be a circuit for motorcycles.”

When asked if he was concerned that the Circuit of Wales is yet to secure the funding necessary to begin development, Ezpeleta explained that it is common practice to sign agreements with circuits yet to be built.

“We have been in this situation many times since 1992, sometimes the circuits get finished and sometimes they don’t” said the Spaniard.  “The majority of circuits are finished on time or one year later and if that is the case, as this will be for 2015, we arrange alternative arrangements and then look to 2016.” 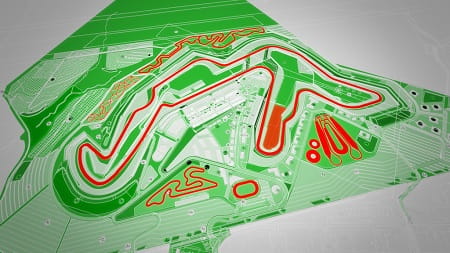 Circuit of Wales bosses told Bike Social that they hope to have the venue ready for 2016, although with the deal beginning next year they will be working alongside Dorna over the next month to seek an alternative venue for the 2015 event. The only circuits in the UK currently eligible to hold a MotoGP race are Silverstone and Donington Park and Ezpeleta says talks are ongoing with both venues.

“We are currently in discussions with both circuits and will make a decision along with the Circuit of Wales before the publication of the provisional calendar by the end of September.”

Will you go to the Welsh MotoGP? Where do you think they should hold it in 2015?  or