Marquez out for ten as MotoGP resumes at Indianapolis 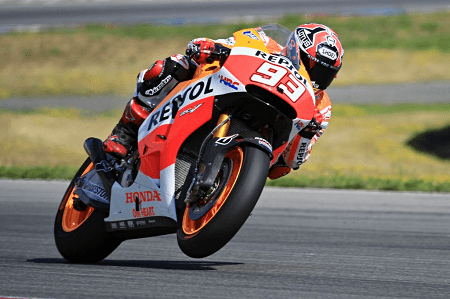 After a short break, MotoGP resumes this weekend as the Indianapolis Motor Speedway hosts the tenth round of the 2014 championship.

Having won the first nine races this season, Marc Marquez is a clear favourite to take victory come Sunday. The Spaniard hasn’t head it easy this season but time and time again he’s shot out of the blocks showing he’s a cut above the rest. He’s won wet races, dry races and even won from pit lane so far this season.

Someone who’s not had it so good is Marquez’ 2013 title rival Jorge Lorenzo. Having stood on the podium just twice this season Lorenzo will be looking for a stroke of luck heading into the second half of the season. Having just signed a new two-year deal with Yamaha Lorenzo will be keen to use the rest of the season to build momentum for 2015 with the 2014 title almost impossible for the Mallorcan. 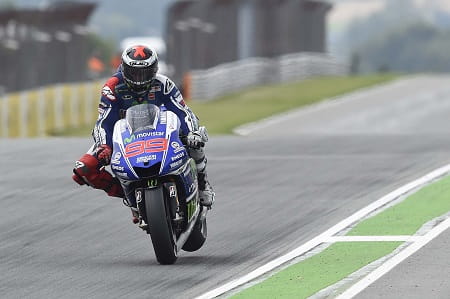 Dani Pedrosa has the most successful MotoGP history at Indianapolis having taken two victories in 2010 and 2012. He might be employed as Marquez’ wingman but that doesn’t mean his desire to win has been diminished.

With the exception of winning the first ever race at Indianapolis in spite of a hurricane, Valentino Rossi has never had the best of times at Indianapolis. The Italian acknowledges he’s got some difficult circuits coming up which could help Lorenzo climb up the order.

There have been a few changes to the circuit ahead of this weekend, with the infield resurfaced and a number of corners altered to reduce the risk of high speed crashes similar to those that have wiped out names such as Casey Stoner, Ben Spies and Nicky Hayden in recent years.