Marquez on Miller move: "I do not understand" 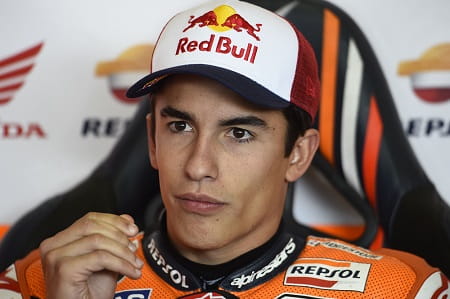 Marc Marquez has said he does not understand Jack Miller’s decision to make the gigantic step from Moto3 to MotoGP next season.

Miller will compete in MotoGP’s open class for 2015 with the LCR Honda outfit aboard the newly-named RC213V-RS production Honda. This means the Aussie will be jumping straight from the entry-level Moto3 category, in which he is currently leading the championship by nine points, to the premier class, bypassing the intermediate level of Moto2.

A number of high profile riders, including Valentino Rossi and Dani Pedrosa, have questioned Miller’s move with their main worry surrounding the huge differences between the lightweight, 55hp Moto3 machine and the 160 kilos, 220hp+ MotoGP bike.

After winning the 125cc World Championship in 2010, Marc Marquez spent two seasons in Moto2 before stepping up to MotoGP with Repsol Honda, going on to win the championship in his debut season. The Spaniard reckons riders should progress through the classes step by step in order to adapt to the heavier machines and says he ‘does not personally understand’ Miller’s move.

Marquez told Bike Social: “It will be interesting to see Jack stepping up to MotoGP next year. I think for the championship it is better to come up the classes step by step, Moto3 then Moto2 for a minimum of one year to adapt to the heavier bike. Honestly, I do not personally understand but if he feels ready then why not? We will see what happens.”