Marquez on fire as MotoGP heads to Argentina 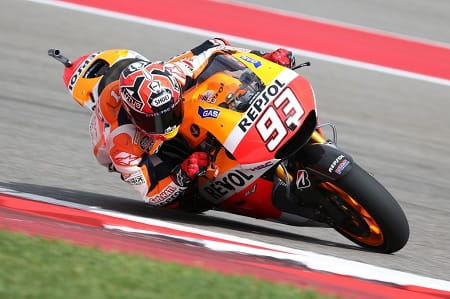 MotoGP rolls into Argentina this weekend for the third round of the championship and the series’ first visit to the South American country since 1999. The event will be held at the brand new Termas de Rio Hondo circuit, at which just a handful of riders have previously tested.

Alvaro Bautista, Stefan Bradl and Hector Barbera are the riders who will line-up with circuit knowledge after participating in a two-day test at the circuit last year. Britain’s Cal Crutchlow was also present at the 2013 test but won’t be riding this weekend after suffering a broken finger in a crash at the Circuit of Americas two weeks ago.

The question ahead of this third round of the 2014 season is ‘Can anybody beat Marquez?’ The 21-year-old Spaniard has taken pole position and victory in both MotoGP outings so far this season. There won’t be a lack of want in beating the Repsol Honda man this time out, not least from Jorge Lorenzo who currently sits sixteenth in the championship after a dismal start to the season.

Lorenzo fell from the lead of the Qatar Grand Prix on the very first lap and made a mistake even earlier in Austin to jump the start by a country mile. The double World Champion will be looking for nothing less than a win this weekend if he’s to kick-start his championship challenge, although it could be difficult on a circuit he does not know. 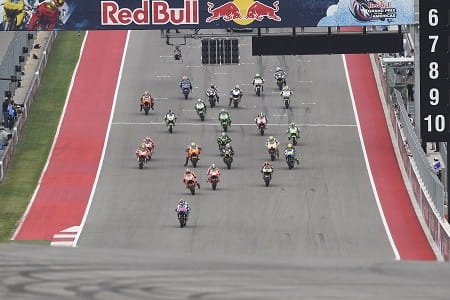 With the exception of Marquez, Valentino Rossi has looked strong so far this season. Now a MotoGP veteran, Rossi fought Marquez for victory up until the last lap in Qatar and looked strong in Austin until his front tyre gave up just eight laps into the race. Currently sitting third in the championship standings, Rossi will be looking to make the most of a blank canvas in Argentina to push on and make in-roads into Marquez’ early lead.

Dani Pedrosa will also be keen to beat his pesky team mate, having not gotten the better of the reigning world champion since Valencia last year.

Briton, Bradley Smith will be looking to carry on the momentum from his career-best finish of fifth place in Austin. The Tech 3 rider had been in the battle for a rostrum until tyre issues saw him slip behind Stefan Bradl and Andrea Dovizioso.

Having been on the podium last time out, Ducati will be looking to enjoy a strong weekend in Argentina although may be wary that another two podiums would lose them their open-class concessions. Nevertheless a podium finish can only have boosted Dovizoso’s confidence, so who knows how well they’ll get on?

Scott Redding will be looking to bounce back from his fall in Austin, after a strong start to the season when he beat Honda rival Nicky Hayden in the Qatar opener.

After a stunning victory in what was only his second Moto2 race, Maverick Vinales will be looking to stay at the front in Argentina despite charges from Moto2 favourites such as Tito Rabat and Thomas Luthi. In Moto3, Aussie boy Jack Miller will be looking to take his third win on the bounce while Honda plays catch up to the superior KTM.