Loris Baz: 'Crashing is part of the job' 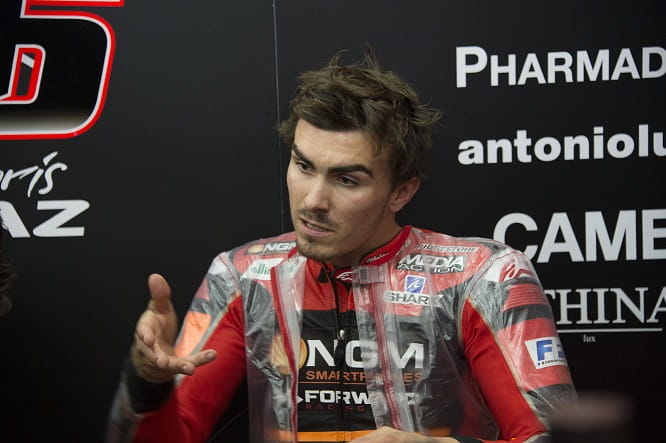 Loris Baz has said he’s enjoying his MotoGP debut in Valencia despite having crashed his Forward Yamaha machine twice in the wet on Tuesday.

The Frenchman moves to MotoGP after finishing fifth in this year’s World Superbike Championship with Kawasaki. He got his first taste of the Yamaha M1-powered Open class bike on Monday and says he says he’s happy with the work he’s done so far.

“The bike isn’t any harder to ride than I expected,” said Baz. “The main part has been trying to adapt the size of the bike to me. I’m still not really comfortable on it but on Monday we did a really good job, I improved my lap time on every run so I am happy with what we have done in the dry so far.

“The rigidity of the bike is a lot different to superbike, this comes from both the tyre and the chassis. Everything is different but it is still a bike. It has different reactions to things you do but you just have to understand how to adapt to this. This bike needs a different riding style to the Kawasaki I was riding last year and I am getting used to this, it will come really soon.

“It’s not lots more powerful than the superbike. The only thing is that the engine is really smooth so it’s easier to control. The traction control and wheelie control are much higher than the superbike so this is easier. We started with a lot of traction and we went back gradually to almost what Aleix [Espargaro] was using in the race. We still have to work on this as I’m used to riding with a bit less traction control.” 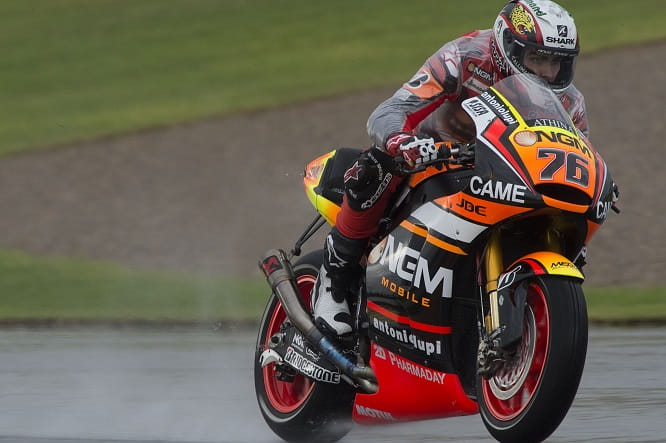 Keen to familiarise himself with Bridgestone’s wet tyre option, Baz was one of the first out of pit lane in the rain on Tuesday. He completed 32 laps on the wet track but says he struggled with grip as it stopped raining. He slipped off twice in the afternoon and took a brief trip to the Clinica Mobile with burns to his neck.

“The track was really damp at the beginning of the day,” Baz explained. “I had a really good feeling with the bike in this condition but then when it started to dry a little bit, or at least had less water on the tarmac, I had a strange feeling with the front tyre. I was trying to understand how to ride with this level of grip and at this point I lost the front, we’ll have to check the data and everything but I have spoken to the guys at Bridgestone and I am starting to understand. The tyre is so different to the one I used in Superbike so I have to get used to this. It’s never good to crash but every time you start a new adventure you have to learn and sometimes you crash trying to learn.

“The Pirelli tyres were always quite soft, they had a soft carcass whereas the Bridgestones are much harder, you can carry much more speed and have much more angle but as it is harder you have less feedback from the tyre so you just have to take it easy at the beginning. Maybe this morning I made too big a step in one lap.

“In the afternoon crash I wasn’t pushing harder than before, so I’m not sure what happened. I’m OK and the bike isn’t too bad but I am sorry for the team because it is not good to give them more jobs but I am still confident for the rest of the rest. It [crashing] is part of the job.”