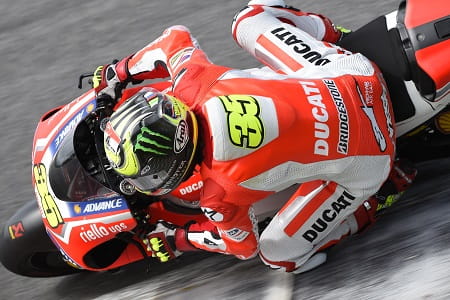 Cal Crutchlow has said he is ‘a bit more comfortable’ with his Ducati Desmosedici after an intense day of testing at Mugello yesterday.

Despite a sixth place at the season opener in Qatar, Crutchlow has had a miserable start to his Ducati career struggling with tyre issues at Austin before falling off and suffering a hand injury. This ruled the Brit out of action at Argentina but in true honey badger style, he was back on the Desmosedici at Jerez just three weeks after the injury. Unfortunately he wasn’t able to record a result in the race, retiring to the pits mid-distance after his brakes failed.

Going back towards more of a base-setting with the Desmosedici, Crutchlow has said he became a little more comfortable on the bike as the team worked on several electronic strategies as well as a resolution for the braking issues suffered in Jerez. Ducati were joined on track by Aprilia with former World Champion, Max Biaggi testing their open spec ART machine. 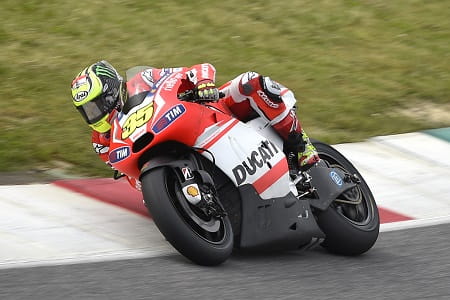 “Today was a day we had some things to try” said Crutchlow. “I tested something different to my team-mate and to Andrea Iannone, but we went back towards the base setting of the Ducati and it felt a bit more comfortable. It was a good working day with quite good weather so we are happy to leave here confirming the direction for Le Mans and looking forwards to the weekend.”

The Ducati team now head to Le Mans for the fifth round of the MotoGP season this weekend.