Camier to deputise for Hayden in Indianapolis? 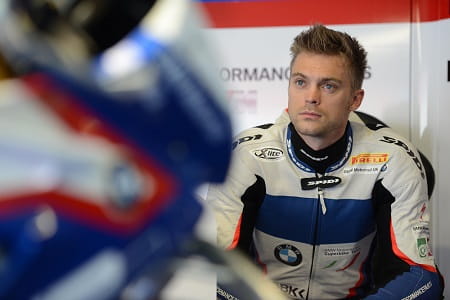 Britain’s Leon Camier could be set to make his MotoGP debut in Indianapolis next month deputising for Nicky Hayden aboard the Drive M7 Aspar Honda after the Kentucky Kid went under the knife once again for surgery on his injured right wrist.

Camier was present at the fifth round of the British Superbike Championship at Brands Hatch this weekend and admitted that while he hasn’t ruled out a return to the national series, he has something in the bag for the time being with an announcement due in the next few days.

The former British champion was flown in to Barcelona for the Catalan Grand Prix back in June by the Aspar squad, who placed him on standby in case Nicky Hayden was unable to race after undergoing surgery on the long-running wrist injury just ten days prior to the Grand Prix. With Hayden deciding to ride Camier had a wasted trip but the Spanish squad were keen to retain a relationship with the 27 year old should Hayden face further problems.

Still struggling with the long-running injury to his right wrist, Hayden had further surgery in San Diego last week to remove a row of small bones in the wrist to increase mobility in the joint. Recovery from this kind of procedure for normal, non-MotoGP racing folk is said to take around six months. With advanced therapies, such as access to hyperbaric chambers, available to top level athletes such as MotoGP riders, recovery times can be largely reduced but even so it would be unlikely for Hayden to be fit in time for Indianapolis less than a month after his operation.

A statement released by Hayden’s surgeon last week said the surgery had gone well and Hayden would return home to rest before beginning therapy to recover and return to racing ‘as soon as possible’. According to sources within the paddock, Hayden could be out for a number of rounds leaving Camier in the frame to jump aboard the RCV1000R until the 2006 World Champion is fit to return.

After failing to secure a ride for the 2014 season, Camier has substituted for a number of riders in the World Superbike Championship.