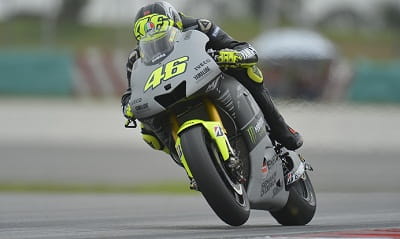 Valentino Rossi WILL win a race this year according to a poll answered by hundreds of you on Bike Social.

The poll asked ‘Will Rossi win on the Yamaha in 2013?’, and a staggering 57 per cent of users said Rossi is the GOAT (Greatest of All Time) and that he WOULD win in 2013.

Based on his form at the Sepang MotoGP tests we’d have to agree that he will definitely get on the podium in 2013 and a race win can’t be far away following a two-year lull, now he’s back riding the Yamaha M1.

The poll ran for a month between January 6 and February 6 on Bike Social and was answered by 303 people.