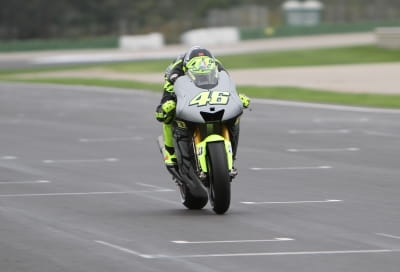 These are the first pictures of seven-times World Champion Valentino Rossi on the new 1000cc Yamaha M1 which he tested for the first time on Tuesday morning at Valencia.

The historic shots were taken as Rossi made his long-awaited reunion with Yamaha on Tuesday morning. The move back to Yamaha from Ducati follows two unsuccessful and frustrating years with Ducati. It was also Rossi’s driest run of wins since he started in 125GPs back in 1996, where even in his rookie year he scored a race win.

In two full years on the Ducati, Rossi only managed two second places and a third place finish, but that’s all behind him as he begins a new chapter with Yamaha starting at the Valencia test this morning. 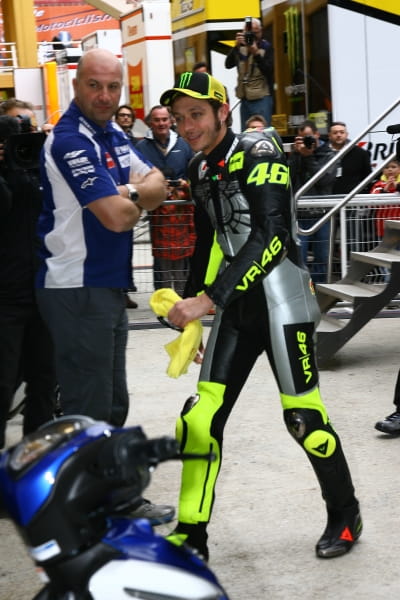 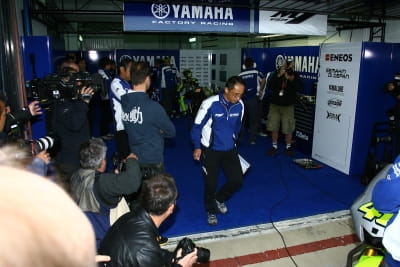 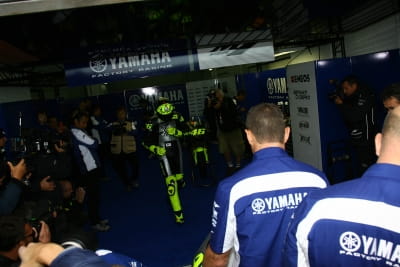 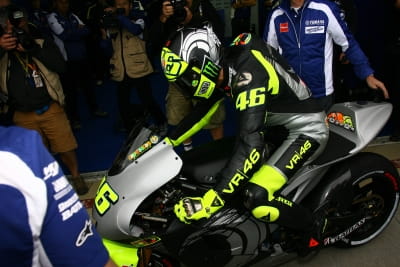