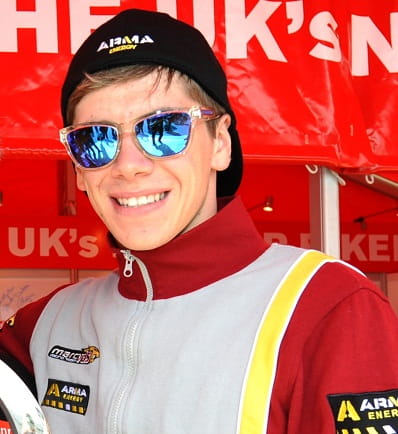 After months of speculation, and a dabble at testing a Ducati MotoGP bike, Bennetts-sponsored rider Scott Redding has confirmed he will stay in Moto2 with the Marc VDS Racing Team in 2013.

The team will continue to run Redding and Mika Kallio on Kalex Moto2 bikes. The team will also run Belgian rider Livio Loi in Moto3.

Announcing the move, Redding said he was aiming for the top step of the podium and also payed tribute to Marco Simoncelli who died at Sepang during a racing incident last year.

Redding said: “Where I'll ride next year has been something of a distraction recently, so I'm happy to have signed for my fourth season with the Marc VDS Racing Team and now I can focus on these last three races. So far I've stood on every step of the Moto2 podium but the top one, and that has to be the target before the end of the year.

He added: “This weekend will be difficult, not just because of the two long straights here at Sepang, but also because of the memories this track holds for everyone after Sic's tragic crash here last year. We remembered him with a ceremony today, but we'll also honour him by going balls-out in Sunday's race, which is exactly what he would be doing if he was still with us."