The new MotoGP World Champion, Marc Marquez, has already sent out an ominous warning to his rivals as the first test ahead of the 2014 season took place at Valencia by setting a time of just 0.050s slower than his immaculate pole position lap on Saturday.

The 20 year old Spaniard became the first rookie to win Grand Prix racing’s premier title since Kenny Roberts in 1978 and the youngest ever to take the crown when he finished 4 points ahead of reigning champion Jorge Lorenzo having taken 6 wins during his debut season compared to Lorenzo’s eight. 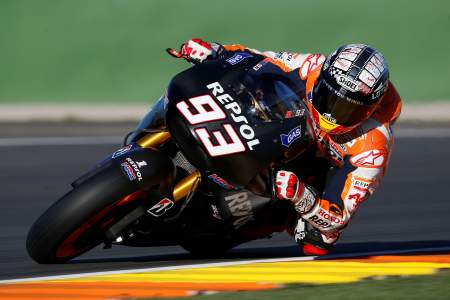 Marquez’s time was still a full 0.311s ahead of his nearest competitor over the three day test, the very impressive Bradley Smith who was on board the upgraded Monster Yamaha Tech 3 bike complete with its factory-spec chassis, seat unit and fuel tank package raced by Jorge Lorenzo and Valentino Rossi during the 2013 season.  He was joined by Moto2 World Champion Pol Espargaro who slipped into the seat which was still warm following Cal Crutchlow’s departure to Ducati with relative ease as he ended the test in 8th place just 0.183s behind Rossi yet ahead of the aforementioned Crutchlow. 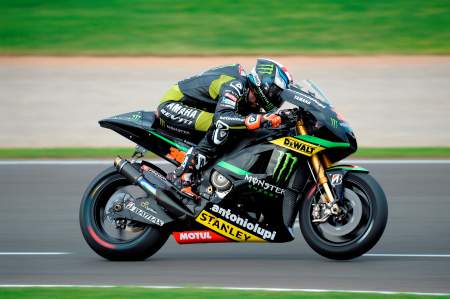 After the test, Smith spoke about his quick lap, “The bike just feels better balanced and although it was a one-off lap on a low fuel load, it gives me a great platform to take into next year. All we did today was play around with the settings on the new bike to see what happened when we made certain changes and I can’t find anything negative in the upgrades.”

Ducati, with their new General Manager, Luigi 'Gigi' Dall'Igna, look like they’ve got their work cut out over the winter period with their factory riders, Andrea Dovizioso and Crutchlow finishing in 11th and 12th positions respectively albeit on board the existing 2013 machines.  That said, the end of season test should not be taken at face value because it is used by teams to trial a variety of different engine, tyre, suspension and fuel settings. 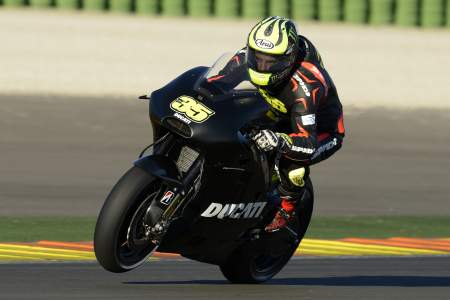 Lorenzo, Stefan Bradl and Dani Pedrosa completed the top five at the post-season three-day test which also saw Honda’s new production racer, the RCV1000R, and on its debut in the hands of Nicky Hayden, finished 1.836s back from Marquez.

Scott Redding also tried out the new Honda and whilst disappointed to be carrying injuries on his debut with a MotoGP bike, still found some positives, “I am delighted to have made my debut, comparing the Moto2 to the RCV1000R is easy; they are completely different! It's another story altogether, so because of that I was trying to pick up confidence slowly but surely. It was also good to begin work with the team, who have been very professional. I'd say overall it was a positive experience.  It's a shame my physical condition isn't perfect yet."

Here are the top 12 combined times from the 3-day test: