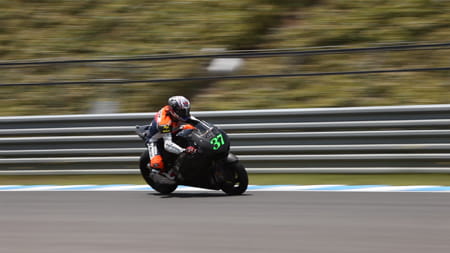 We’re not even halfway through the 2013 MotoGP season but Honda have already unveiled their 2014 production bike intended for competition in the premier class next year.

Apparently the new model, which is set to launch sometime later this year, will enable entrants to race in MotoGP at lower cost. A test rider from the Honda Racing Corporation (HRC) recently ran a prototype successfully at the Japanese circuit of Motegi, and bosses are said to be pleased with how things are looking with the machine.

According to Shuhei Nakamoto, Executive Vice President of Honda Racing Company, “Development of the model is currently a little behind schedule but the test results showed more than what we had expected, in particular, with its running performance. We can’t announce its name or the specification at this stage but we will have an opportunity of announcing the details in the not too distant future. We will keep on developing the machine to meet the 2014 MotoGP technical and sporting regulations, and will introduce the model by the end of this year.”