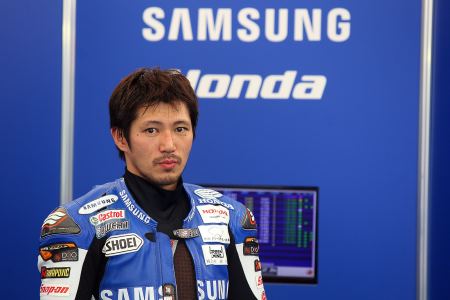 The Japanese rider was absent from the series for 2012 after suffering a difficult season the year before. While away he stormed to victory in the All Asia Road Racing Championship ahead of returning to the British series in which he was once a dominant force.

Unfortunately it didn’t go to plan for Kiyonari. His best result of the 2013 season was third place and at some rounds he even struggled to get into the top ten. While he did manage to scrape into the showdown, he missed the last two rounds through a motocross injury.

Kiyonari will return to the British Superbike championship for 2014 although won’t be in the Honda colours we’re used to as he switches to Buildbase BMW. With Japanese rider having been a Honda rider throughout his career, the move was somewhat of a shock but Tuxworth - who spent the best part of a decade working with Kiyonari - reckons it’s what the three-time champion needs.

“We were really disappointed in the situation with Kiyo for 2013 and he was disappointed too.” Tuxworth told Bike Social.

“At the end of the day he’s the second most successful rider in British Superbike history after Shane Byrne through the number of races he’s won and the fact he’s won three titles. I expected more from Kiyo this year and yes, it was disappointing.

“He never really got to grips with it so I don’t know. He’s gone to a rival manufacturer now and I wish him all the best. I think he needed that break, he needed to do something else and then he can see if that will rejuvenate him or whether at the end of the day he can’t get on the pace on whatever bike he rides.

“It’s a pity as I’ve got a lot of time for Kiyo and like him a lot and you can’t help but respect the guy, he’s got three titles.”