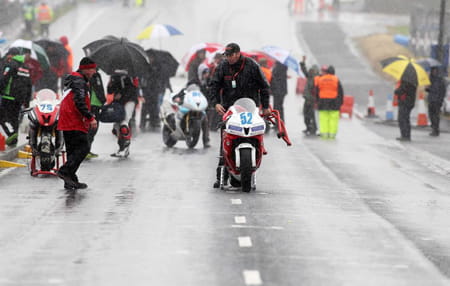 Traditionally referred to as the warm-up to the TT, the annual North West 200 road racing event kicks off this week with an impressive line-up of international road racing stars, including Josh Brookes, Ian Hutchinson and Michael Dunlop.

Held on closed public roads in Northern Ireland, the nine-mile NW200 ‘Triangle Circuit’ runs between the towns of Portstewart, Coleraine and Portrush and is renowned as one of the fastest road races in the world. Competitors reach speeds in excess of 200mph and the week-long event attracts more than 150,000 spectators.

However, riders, teams and spectators alike will most certainly be hoping for better weather at this year’s event – treacherous weather conditions across the region, including high winds and heavy rain, hindered track action in 2013, resulting in the races being abandoned. In fact, the only track action spectators got to see last year was Saturday’s Supersport race, which was red-flagged after two laps due to the wet conditions. Michael Dunlop (MDR Honda) was declared the winner on abandonment with Bruce Anstey (HM Plant/Padgett’s Honda) second and Lee Johnston (Millsport Racing Honda) third. 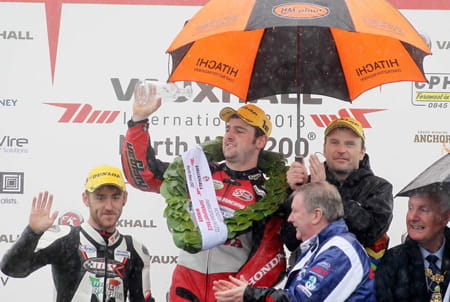 Looking ahead to this weekend’s event and the scene is set to be a fantastic showdown with one of the “best starting line-ups of any road race in 2014”. Speaking at the recent North West 200 event launch, Event Director, Mervyn Whyte, MBE said: “The North West is delighted to have the very best road racers on the grid at our race this year. Not only will we have all the top stars who race in all the other international races but the North West has also attracted entries from superb riders like Alastair Seeley, Stuart Easton and Jeremy McWilliams who won’t be competing at any other road races this year.”

In addition, Whyte announced the addition of an extra lap to both Saturday’s Superbike races, as well as the presentation of a new Man of the Meeting award in memory of the late Robert Dunlop. “There will be even more great action for the fans to savour with the Superbike events being run over seven laps this year and the rider who comes out top over the two days of racing on Thursday and Saturday will be presented with the specially commissioned Robert Dunlop trophy by the Dunlop family,” he explained.

This weekend’s Superstock and Supersport races will run over six laps and in an attempt to counter any disadvantage suffered by riders who fall foul of wet and dry practice sessions, a new alternate grid positioning system will be introduced this year. Traditionally, grid positions were allocated based on the results of Tuesday and Thursday’s practice sessions, but if the weather changes between sessions, the grid positions will be alternated in a similar way to the British Superbike Championship system – using times from both practices. North West 200 organisers also announced significant course improvements ahead of this year’s event, with more than two miles of the track having been resurfaced.

More information about the event can be found at www.northwest200.org.