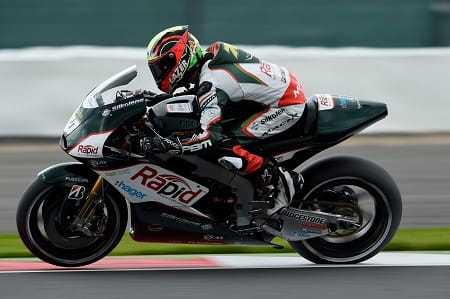 Michael Laverty has said he thinks he’ll make a return to the British Superbike paddock next year after two years riding in MotoGP.

The Ulsterman’s PBM team will leave MotoGP next season and the Ulsterman has no options in the Grand Prix paddock that wouldn’t require him taking money. Team boss Paul Bird already runs the successful Rapid Solicitors Kawasaki outfit in the British series and has hinted at running a second team with another manufacturer for the 2015 season.

Laverty was a front-running rider in the British Superbike Championship prior to moving to MotoGP, a ‘Showdown’ title fighter for three consecutive years between 2010-2013.

“The PBM team have decided to go back to BSB next year, they’re taking the guys we’re working with now and setting up a second outfit over there” said Laverty, speaking to Bike Social. “It’s nice to have an option to go back with them as they already run a great team over there but I’ve had plenty of interest in that paddock and even some from teams in World Superbike.”

On one of the slowest bikes on the MotoGP grid, the home-built, Aprilia-powered PBM machine, Laverty has impressed with points finishes. He says he has got interest from Grand Prix teams but doesn’t have the money to secure a seat. After running second in the Oschersleben 8hr for YART Yamaha with Broc Parkes before crashing, Laverty says he’s keen to get back on a competitive bike wherever that may be.

“The teams I’ve spoken to in Grand Prix would give me a shot but I’d need to take a sponsor and that’s not something I have at the moment, so to be realistic about it I won’t be back in Grand Prix next year as much as I’d love to get a shot on a competitive bike. I’ll be looking to get on a bike that’s as competitive as possible whether that’s in British or World Superbikes. Judging by the interest I’ve had in British Superbikes, I know I can get on a bike capable of winning races so I think I’ll be there but you never know, something could come up elsewhere. I did a World Endurance race the other weekend in Ochsersleben with Yamaha and I’d forgotten how nice it was to be able to fight for the win and I want to get that feeling back next year wherever I am. 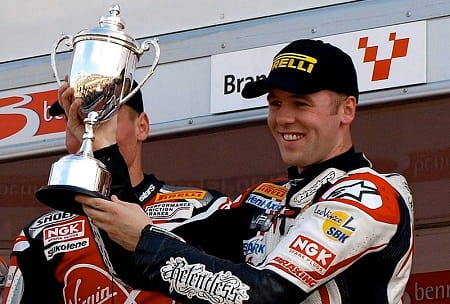 “Before I left British Superbikes I was capable of winning the title and I think I’m a more rounded rider now, I’ve got a lot more technical knowledge and experience and I think that’ll stand me in good stead when I go back and hopefully I can add a BSB title to my name. BSB is really strong at the minute, it’s got a lot of manufacturer support and plenty of talent so I’d be happy to be involved with it again.”

It’s not 100% that Laverty will return to BSB with Bird, he says he’s spoken to other team bosses and that details of the PBM deal are far from finalised.

“A couple of team bosses spoke to me about a month ago to see if I was thinking about going back to BSB and then once it was clear PBM wouldn’t be continuing in MotoGP next year I’ve had more people get in touch so it’s been nice to show that I haven’t been forgotten!”

“Paul has always run a good team in British Superbikes and I’d be interested in going back with him, we should know more about that deal soon. He’s already running the Kawasaki team which is doing great with Shakey leading the championship and one team will run those next year but he’s toying with running another manufacturer for his second team which I think could be BMW, Ducati or maybe even another manufacturer as he’s got quite a bit of interest. Paul puts a lot of money into the sport and is a very big fish in BSB. He’s said he’d like to offer me the ride but the details are yet to be finalised. If those details are finalised then I’ll be able to make a more definitive decision on where I’ll be riding next year.”