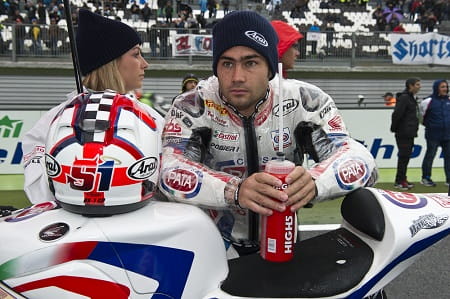 Leon Haslam is said to be considering a return to the British Superbike Championship for the 2015 season after a number of tough years on the World Superbike scene.

Haslam left for the world stage as a twice BSB runner-up following the 2008 season and has ridden there ever since, achieving a best result of 2nd in the championship for Suzuki back in 2010. Since then however, things haven’t gone to plan for the Brit. Plagued with injuries, he’s been on the podium just seven times over the last four seasons and his latest rostrum last weekend in Magny Cours was his first since Misano 2012.

Back in August Haslam told Bike Social he’d like to remain in World Superbikes and while it’s believed the twice Suzuka 8hr winner does have options to do so, sources say he’s also in talks with numerous British Superbike teams.