TT Press launch: So where is Guy Martin? 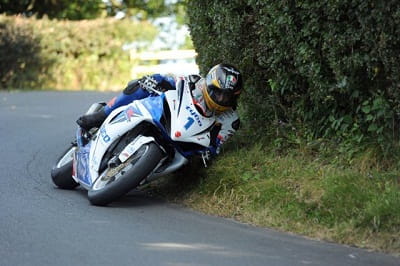 With just over a month to go until the start of the 2013 Isle of Man TT races, press and road racing fans flocked to the island for the event’s official media launch today. However, there was one unexpected absentee…Guy Martin.

According to some paddock insiders, Guy wasn’t invited to the press launch this year following a row with TT organisers. Apparently, Guy committed to a signing session at the TT stand at last year’s Motorcycle Live, but only stayed for five minutes, leaving a long queue of disappointed fans and slightly put-out TT organisers.

It's well known that Guy isn't a fan of press launches of any kind too, as he generally hates the limelight that comes with being an enigmatic TT star.

However, that may not be the full reason for his no-show completely as he was apparently filming  his new TV show yesterday when the launch was in full swing. The new TV show is set to be broadcast later this year according to our sources.