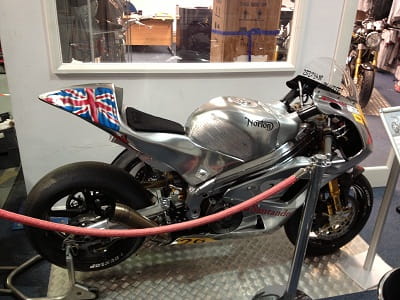 The Norton factory will run two Manx Nortons at the Isle of Man TT Classic race with their Senior TT riders Dan Hegarty and Ian Mackman.

The move is an interesting development for the company as they recently purchased Spondon Engineering who have made Manx chassis and parts for many years. We'll leave you to make your own minds up about where that might lead.

Mackman rode the Norton SG1 at last year's Senior TT, and was the first man to qualify a Norton for the Senior in 20 years. Sadly the weather meant the race was cancelled so we never got to see what the team was truly capable of.

Both men will also line-up in a two-bike factory team for this TT races on an all-new Norton TT bike for 2013.

The new 2013 TT bike, called the Norton SG2, will be built at the Donington Park-based factory and is believed to have an ISR braking set-up, and semi-active suspension developed in house at the factory.