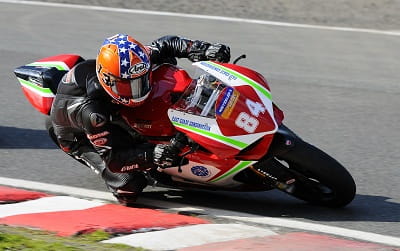 One of the most exciting riders in road racing will race a Ducati 1199 R in a newly formed team at the Isle of Man TT races in 2013.

Lee Johnston, who made his TT race debut in 2012, and performed strongly at the 2012 North West 200 on the Ducati, has signed to ride for newly formed team of Rapido Sport Racing. Previously the two teams were Millsport and Moto Rapido but have now combined forces.

Johnston will take on the Superbike and Superstock duties at the Isle of Man TT, while Italian Matteo Baiocco will represent the team in the British Superbike Championship. Team owners Steve Moore and James Murray formed the partnership to create a single team, which will also compete at the other 'International' road races - The North West 200 and Ulster Grand Prix.

Team manager, Steve Moore said: “I am very happy to join forces with Millsport to create team Rapido Sport Racing. Over several meetings it soon became clear that we could work well together and present a stronger and more efficient team in both the BSB paddock and the road racing internationals where the experience of the Millsport team will be invaluable. Together we can field a strong side for Ducati in the Superbike and Superstock classes."

He added: "We’re all pleased to have Lee in Superstock 1000 where he proved himself on last year’s bike so with the 1199R and some development and support from Bologna I am sure we can expect more great results from him.”