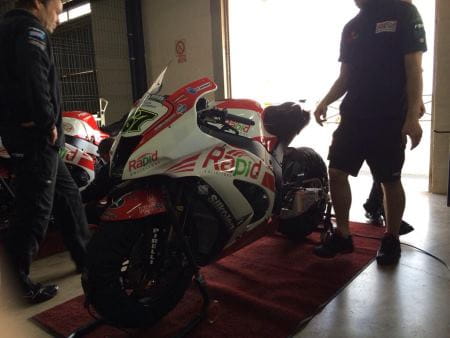 It’s starting to look as though Shane Byrne may have made his mind up about where he’ll be riding for 2014. The three-time British Champion posted a picture of his Rapid Solicitor’s Paul Bird Kawasaki this morning along with the words “First few laps for 2014 done!”

Byrne is currently out in Cartegena testing for the Paul Bird squad as he's under contract until the end of December. The Kent man has been riding for the squad since 2012 and the Cumbrian had suggested he’d retained Byrne for the 2014 season, only for the rider to deny this stating he’d not signed anything yet.

Rumours strongly suggested Byrne could be high on the list of Honda after the defection of champion Alex Lowes to Crescent Suzuki in World Superbikes. Byrne’s public comments about the Cartegena test could well suggest things aren’t looking too good for the Louth-based squad after word in the paddock is that Samsung have pulled their backing.