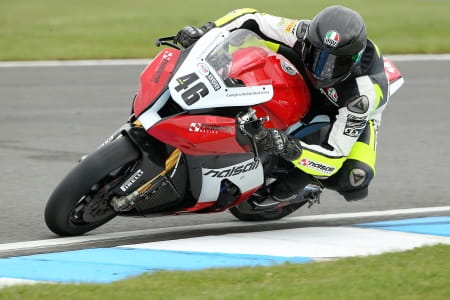 Following the news we broke earlier, that Tommy Bridewell had been dropped by the Halsall Racing team, Milwaukee Yamaha have subsequently announced that the Devizes rider is to replace Josh Waters from Assen onwards.

Waters, a double Australian champion hasn’t had the best of seasons in Britain and Muir has decided enough is enough and to bring in Bridewell to support James Ellison’s title aspirations.

Bridewell was dramatically dropped by the Halsall Racing outfit this morning after taking two podiums for the team in the short space of time he rode there. Milwaukee is the third team the West Countryman has ridden for this season.