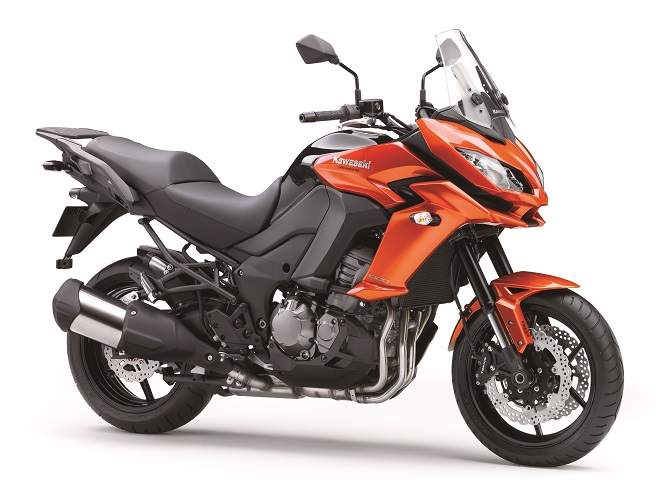 Both of Kawasaki’s bikes in their Versys (“Versatile System”) range have been re-engineered and re-designed for 2015. This is bigger of the two dual purpose machines, the in-line four Versys 1000, which has a reinforced frame to improve luggage options.

Cosmetic upgrades come in the form of a revised front end end, just like its smaller 650cc family member, the bike gets a beak-style nose, adjustable windscreen (30-65mm) and side-by-side headlights instead of the over-and-under on the current model, first released in 2012. Kawasaki say the redesigned front end will “improve wind protection, aerodynamics and down force.” 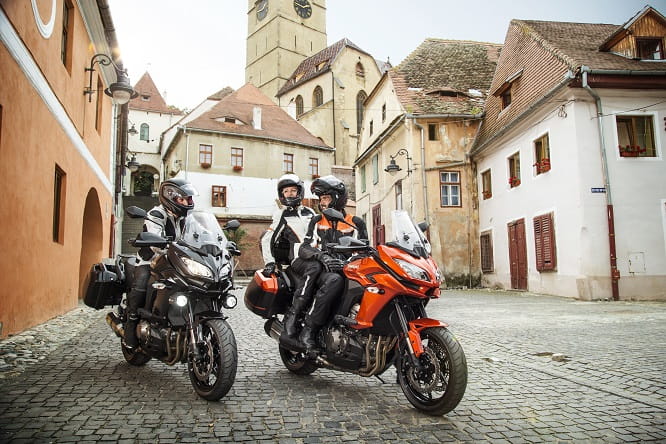 Revisions underneath the bike have been made to accommodate the now standard centre stand. There are new tyres fitted as standard, a new one-key system clean-mount panniers and many new accessories.

Many of the bike’s best bits remain including the long travel suspension and 17” wheels, standard-fitted ABS, 3-mode KTRC and Power Mode Selection (Full/Low).

If you can’t make it to INTERMOT in Cologne this week then see the Versys 1000 at the NEC for Motorcycle Live.