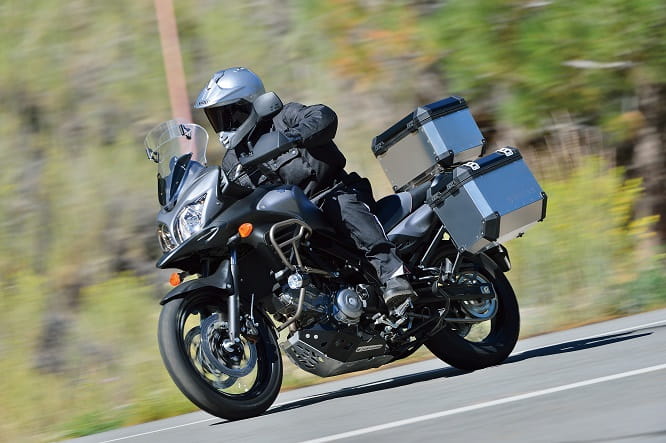 Suzuki has given its best-selling V-Strom 650 an adventure style makeover with the new duck-billed V-Strom 650XT.

The new 650 version of the top-selling V-Strom gets a new and redesigned beak design that seems de rigueur on adventure bikes now, but was actually started by Suzuki with the DR Big Dakar bike in 1988.

The new adventure-spec XT version also gets wire wheels and a host of adventure style accessories designed for the round the world traveller, like big metal boxes and the like.

The V-Strom 650 is an important model for Suzuki as it has sold around 115,000 of them since its launch in 2004. It’s also been the best-selling bike in the UK for Suzuki, so improving its appeal is important. This new version ticks the adventure box for riders even more than the V-Strom 650 Adventure that we test rode last year. This model uses the tried and trusted 65bhp motor, the standard aluminium chassis and ABS brakes. Like the standard bike, the XT gets a three-way adjustable screen to change the wind protection over the rider. 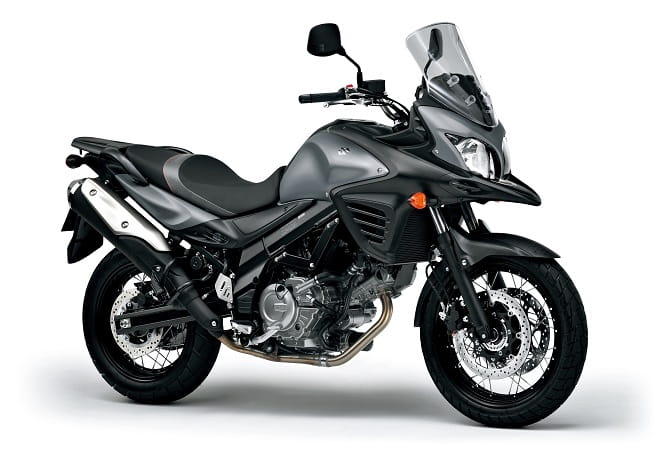 No prices are yet available, but the bike will be on sale next year and can be seen at Motorcycle Live.

Does the smaller of Suzuki's adventure bike suit you?