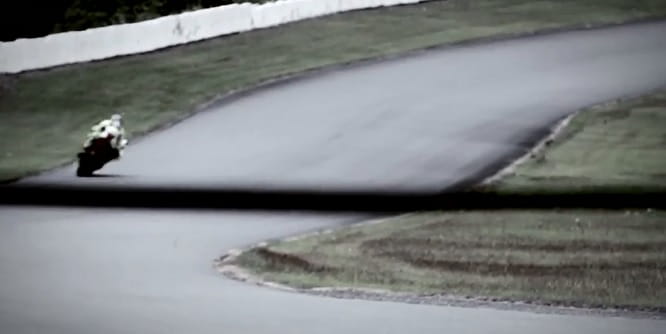 When Yamaha released their first cryptic teaser video of what we all knew was the new R1, they didn’t explicitly confirm it actually was the new edition of their flagship litre sports bike. Now, over two weeks later, the Japanese marque has released a second teaser video and launched a “Yamaha We R1” website, confirming, for those of you who doubted, that the new R1 will be unveiled next month in Milan.

The new video shows little more of the bike than the first, but we are treated to a long shot of a rider testing on track, later revealed to be nine-time MotoGP World Champion Valentino Rossi. A close-up shot of the dash shows a rider travelling at speeds up to 262km/h, that’s over 160mph.

The video quotes Rossi saying “She just wants to go faster” and AMA champ Josh Hayes, who was also lucky enough to get a spin on the new R1, who added “It’s a lot of fun to ride around on a race track”.

Bike Social understands that the latest R1 has been developed with a heavily race-focused philosophy. As such, it is expected that two versions will be unveiled, a ‘standard’ version and an ‘R’ race version.

The R1 will be unveiled in Milan on Monday 3 November at 20:00 BST, those not lucky enough to be there can watch live at www.yamaha-we-r1.com.