Ducati have officially unveiled the "first motorcycle engine with variable timing of both the intake and exhaust camshafts." 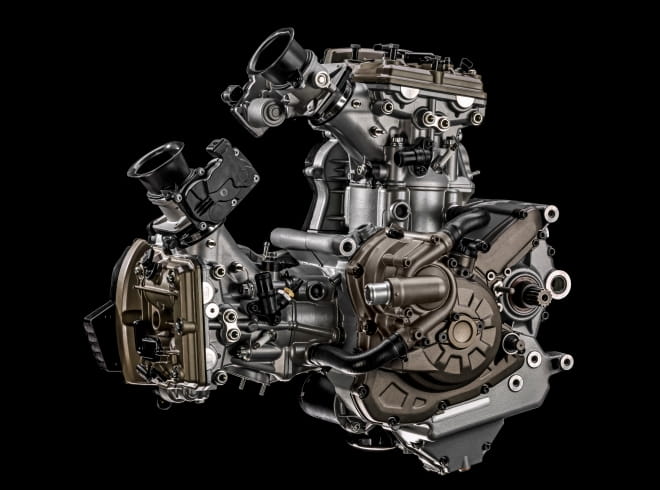 Bike Social expects the engine to make its debut at the EICMA trade show in Milan next month in the new-for-2015 Multistrada, the dual characteristics of the engine will be ideal for a more touring-focused bike. Ducati have confirmed the engine will produce 160bhp (117.7 kW)at 9,500rpm with maximum torque of 136 Nm (97.36 lb-ft) at 7,500rpm.

The Bologna-based, Audi-owned outfit said, "The variable timing system is able to continuously adjust valve timing, by acting independently on both the intake and exhaust camshafts. The system optimises engine performance throughout the rev range and in any operating condition, to guarantee the highest power, smooth delivery, muscular torque at low rpm and reduced fuel consumption."

And here it is: