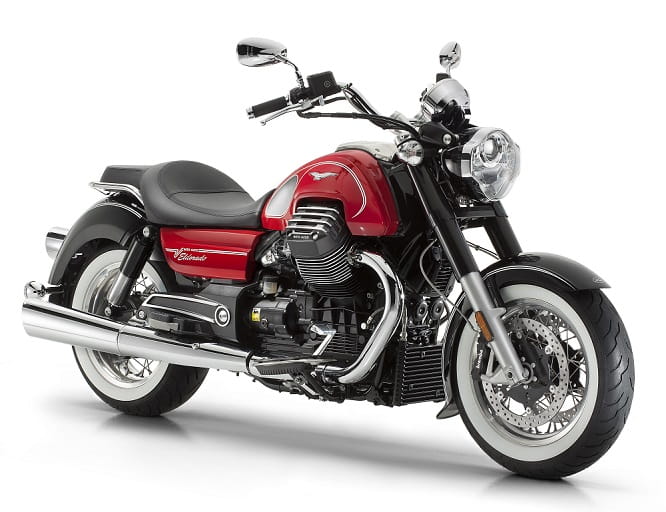 Moto Guzzi has unveiled two new models in Milan this afternoon, the 800cc Eldorado and the 1400cc beastly Audace.

Moto Guzzi is a brand with a loyal bunch of followers that party-on with timeless classics such as Le mans and V7 models. New fans of this famed marque are particularly enamoured by the latest V7 creations and quite rightly so because they’re more retro, stylish and fun than Triumph’s Bonneville bikes. But has Guzzi done itself any favours with its latest two models seen at EICMA?

You can live on a memory but how many people remember the original 1970s V850 Eldorado? Not many. It was a decent looking bike and gave the then BMW range a run for its money. BMW has moved on but Guzzi looks to prefer to remain in the 70s on first look of the new Eldorado just unveiled at EICMA. According to Guzzi’s press blurb… “The flashback effect comes out in the details: the spoke wheels, the fuel tank with chromium sides, the oversize saddle, the rear mudguard with the gem-shaped taillight, the bullhorn handlebar, the passenger grab handle…” The retro styling effect is further aided by wrap around mudguards, footboards and round bar-mounted display with analogue rev counter.

However, all is not as it seems. Look deeper into the Eldorado’s polyelliptical light and you’ll see a LED daylight running light (DRL). Look past these technological advancements and you’ll see even more modern touches. The clock also hosts a multifunction full-matrix suspended display. Out of sight is Ride-by-wire throttle and multimap electronic management to allow the rider a choice of three engine management maps: Turismo, Veloce and Pioggia. There is also a three-level traction control system (MGCT) to keep the claimed 88.5 lb-ft of torque from causing grip issues. 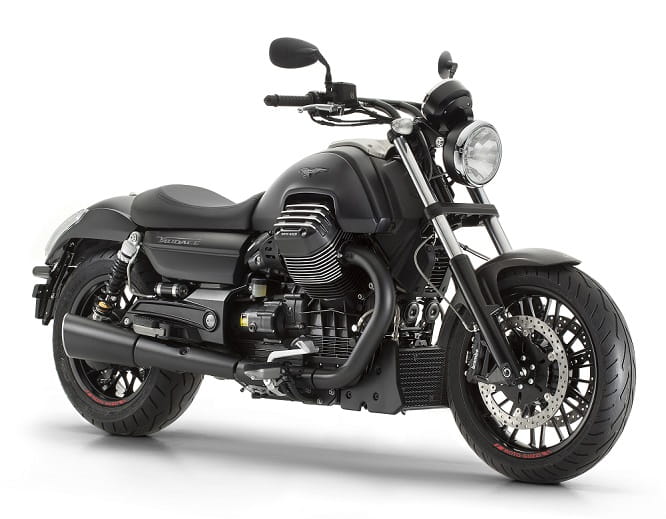 In a nutshell, the Eldorado is a remake of the old (50 years ago) V850 Eldorado with some modern manufacturing input – brain and engine/component manufacture. If you want a heavy duty custom cruiser then this Guzzi could be a worthy competitor to all the other off the shelf customs (Harley, Triumph, Victory, to name but a few).

And then there is the new Moto Guzzi Audace – a full on custom bruiser. Complete with dark paint scheme, naughty looking but fully emissions compliant exhaust, normal footpegs (not boards) and drag-type handlebars. Burnished valve covers, rear shock absorbers with separate gas bottle and alloy wheels personalised with the Guzzi logo all point the Audace into a similar circle of light that shines on Harley’s V-Rod and Ducati Diavel, but without the explosive get up and go despite the Mandello 1400cc 90-degree v-twin’s best intentions. And there was us thinking Italian bikes should be red, fast and sporty… what happened to the MGS-01 technology.