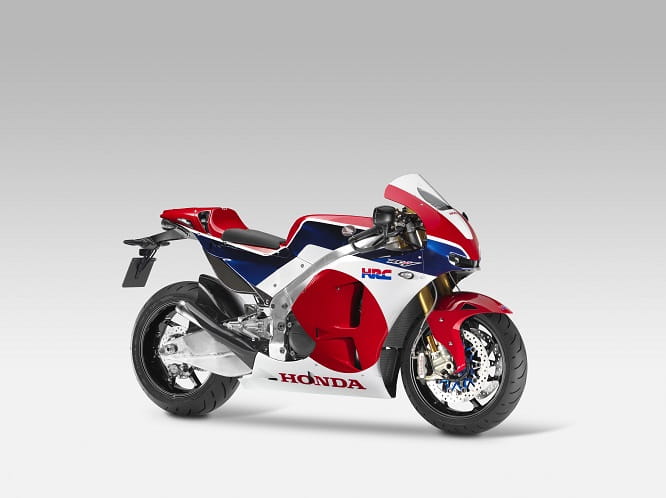 Honda has finally lifted the covers off a road-going version of its RC213V MotoGP bike this morning in Milan.

Ridden on to stage by double MotoGP World Champion Marc Marquez, the machine is a spitting image of the RC213V the Spaniard took to World Championship success for the last two years with the exception of lights, indicators and a plate holder.

With little said at the presentation and little in the way of press info released, Honda are being incredibly cagey when it comes to further details of the bike but it will be called the RC213V-S and has been developed as a joint venture between Honda Motor and Honda Racing Corporation. 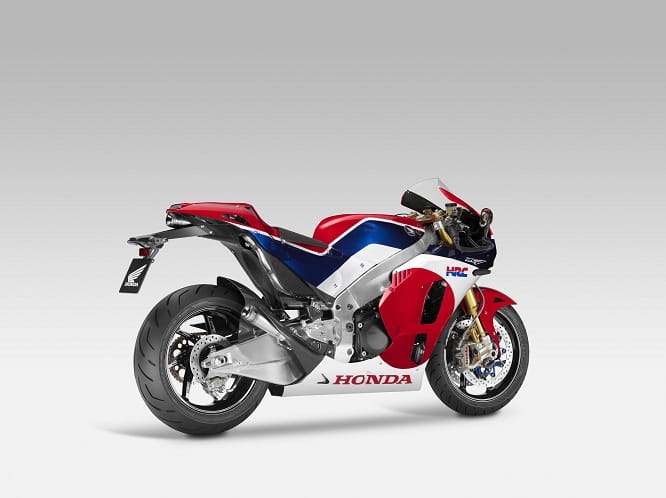 It’s expected the RC213V-S will be powered by a V4 motor based closely on the ‘production’ race bike ridden by Bike Social ambassador Scott Redding this year.

Two colour schemes were presented, one in HRC colours with the Japanese flag to celebrate 100 years of the EICMA show (pictured) and a fully functioning, running version clothed in full carbon fibre (pictured below).

The Japanese marque claim the RC213V-S is set to be the ‘ultimate road-going’ motorcycle although that’s it in terms of spec and further info. 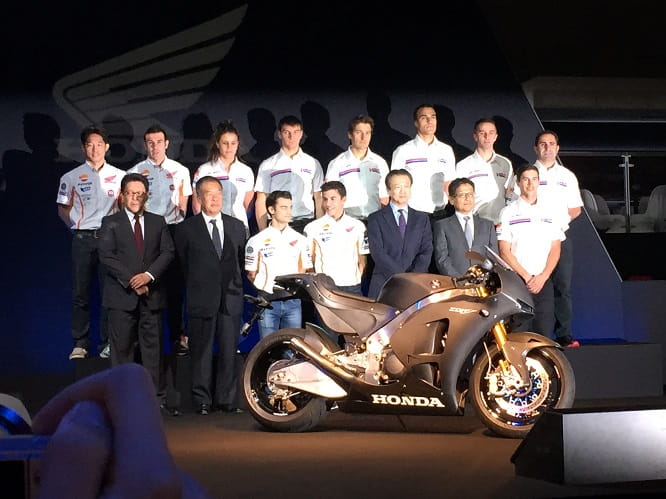 Bike Social is live in Milan bringing you news of all the latest models for 2015. Follow our live updates via Twitter.